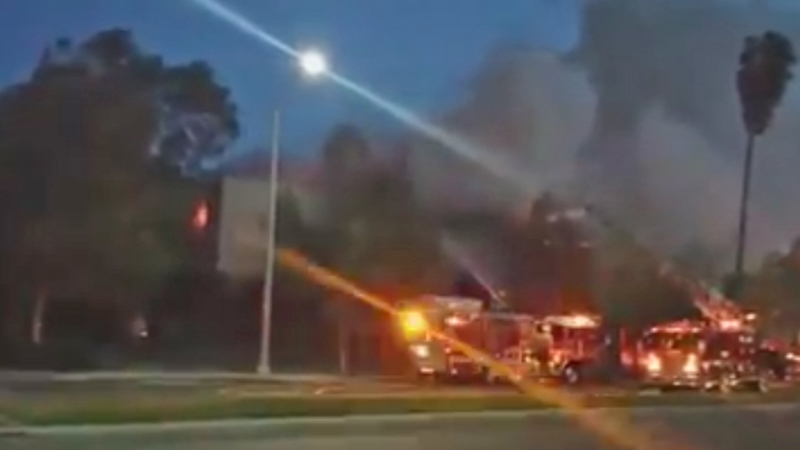 The fire broke out in a second-story apartment at the Monte Vista Terrace apartments, located in the 2400 block of Market Street around 4:30 p.m., fire officials said. The unoccupied building is listed as a senior living facility.

When firefighters first arrived, they say they attempted to fight the flames from the inside, but were quickly forced to evacuate as the fire grew.

The fire was upgraded from a four-alarm fire to a five alarm fire in the 9 p.m. hour. By 11 p.m., crews had the flames under control. They were expected to remain on scene through the night.