RIVERSIDE, Calif. (KABC) -- A 34-year-old man was arrested Friday morning in connection with two separate attacks, each involving a knifepoint robbery and an attempted sexual assault, that occurred this month along the 215 Freeway in Riverside, authorities said.

Joseph Pete Macias was located about 2 a.m. at a home in the 4400 block of Winslow Court after investigators received information from a concerned citizen, according to a statement from the Riverside Police Department. Detectives from the agency's Sexual Assault/Child Abuse and Gang Intelligence units took him into custody after serving a search warrant alongside members of a SWAT team.

Police said the vehicle used in the crimes was found at the residence. Macias was booked on several felony charges.

An attempted sexual assault and armed robbery was reported Dec. 23 about 1:15 a.m. in the 5700 block of Sycamore Canyon Boulevard.

Authorities said the victim had stopped to put gas in her car on University Avenue at the 215 Freeway, near UC Riverside. She noticed a vehicle following her as she left the gas station.

She entered the 215 and exited at Central Avenue, where she slowed down for a traffic light. She said the suspect was driving at freeway speed when he deliberately bumped his car into hers.

The suspect exited his vehicle as the victim pulled over to the side of the off-ramp. Armed with a knife, he robbed the woman and attempted to sexually assault her, according to police.

Investigators said the victim was able to fight off the suspect, who fled southbound in his vehicle on the 215. He made off with the victim's purse and other unspecified property.

Police on Thursday released a composite sketch and surveillance photo of the suspect's vehicle.

Another incident, which police believe is related to the one on Dec. 23, happened Thursday morning on the Blain Street off-ramp of the northbound 215 - a mere half a mile away from last week's attack.

During the more recent incident, investigators said, the victim was unable to provide a detailed description her assailant because his vehicle's high beams were turned on.

"In both instances, the suspect did produce a knife. In this instance, the victim was also able to kick or push him away, which caused him to leave and then she ran up the freeway to a gas station to call for help," police Officer Ryan Railsback said.

Anyone with information about either case is asked to call Riverside police Detective Karla Beler at (951) 353-7125. 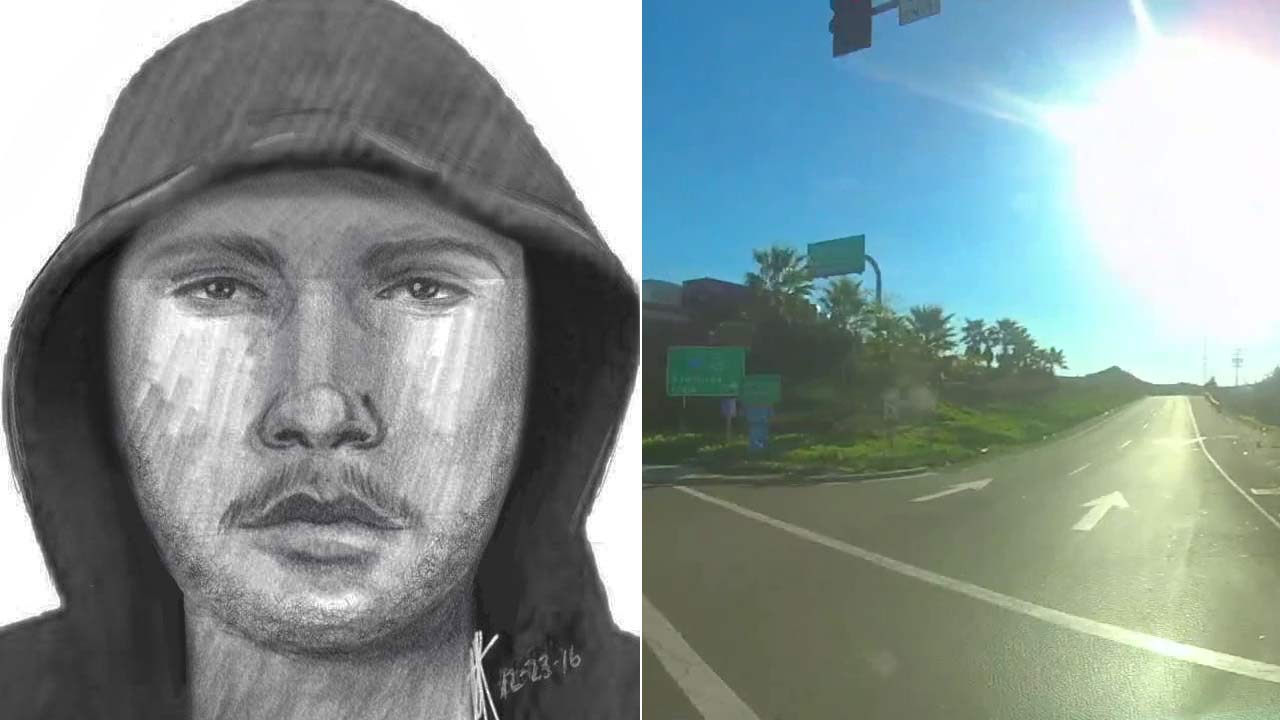