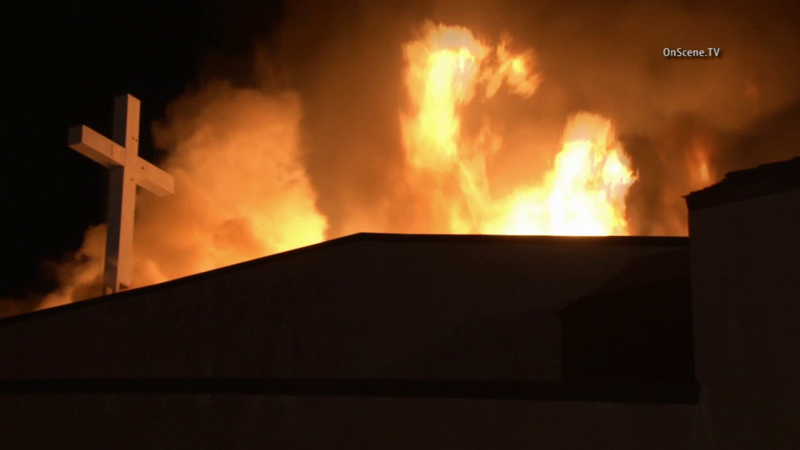 Riverside City firefighters responded at about 1 a.m. to the Riverside Living Word Church at Cedar and 11th streets. They began attacking the roof, before the flames forced them off. The roof of the building later collapsed.

Thirty-eight firefighters put out the flames about two hours later, but fire crews were expected to remain on the scene throughout the day in case of smoldering spots.

No injuries were reported. The damage to the building, which was built in the 1920s, was estimated at $2.5 million.

Community members gathered Sunday morning to show their support. One group held up a sign that read, "Pray-Believe-Expect."

"It hurts to see it, but we know that God has something bigger and better for us," Pastor Edgy Gallegos said. "God works in mysterious ways."

The cause of the fire was not immediately known, but firefighters believe the flames began due to an electrical failure in the attic.