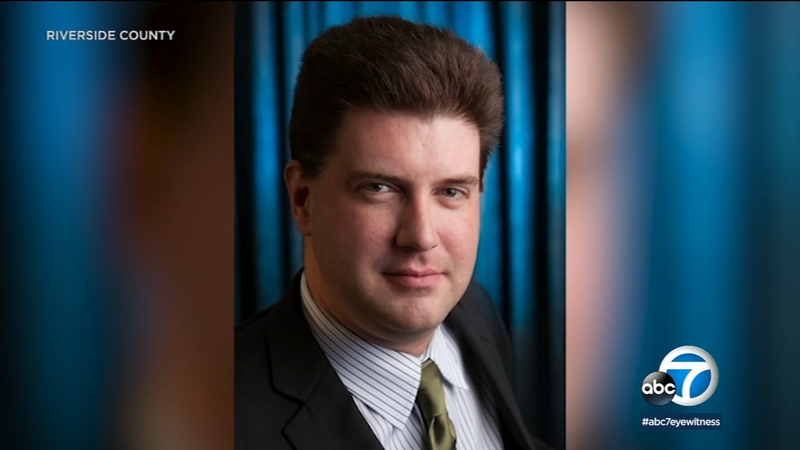 RIVERSIDE, Calif. (KABC) -- Before COVID-19, county public health officers may have been relatively unknown figures. But as the coronavirus exploded, many of them have taken center stage for their response to the pandemic.

Dr. Cameron Kaiser in Riverside County was no exception. He was the county's health officer since 2013. But for better or worse, he became the face - most of the time masked - of local restrictions put in place by the county.

"I think probably the most difficult part was dealing with the public response to what was really needed to keep people as safe as possible," said Kaiser in his first interview since being removed from his position. "I got some death threats. I got a lot of ugly letters. But there were a lot of people who appreciated how seriously I was taking this situation as well."

In late March, the Riverside County's chief executive officer removed Dr. Kaiser from his position, with his successor chosen by the Riverside County Board of Supervisors in closed session later the same day. Dr. Kaiser did not comment specifically on the reasoning behind his dismissal but did say there was nothing he felt he should have resigned or stepped down over.

"I believe I did the best I could for Riverside County during an unprecedented crisis," he said.

President Joe Biden is setting a new vaccination goal to deliver at least one dose to 70% of adult Americans by July 4 as the administration pushes to make it easier for people to get shots and to bring the country closer to normalcy.

Many of the restrictions on schools, businesses and residents were put in place in March 2020. And although most of them were almost immediately superseded by the governor, Kaiser's decisions drew the ire of the public during a pair of county meetings when the Riverside County Board of Supervisors voted to rescind many of his orders.

"It's very difficult to be up there for seven hours one day and nearly 11 hours the other one, and have your personal reputation and everything you stand for dragged through the mud," he said.

"There were times when he might have been more empathetic," said Hewitt, who didn't agree with Kaiser's style, although he did respect his decisions.

"I would evaluate his performance as very, very courageous," said Hewitt. "I think he never wavered from being true to his beliefs."

Looking back on his response to the coronavirus - and looking forward to the next pandemic - Kaiser said there are things that should be done differently.

"We should have just gone with capacity limits and strictly enforced distancing and masking, and I think we could have kept most things open, except for some of the largest gatherings."

Secondly, he believes restrictions should be much more targeted that the countywide approaches that were initiated during the onset of the pandemic.

"We should have some agreed upon boundaries in advance; be they city limits, or streets or zip codes. So people who are affected can be protected, but people who aren't don't need to be impacted," he said.

Overall, Kaiser said he has few regrets, especially considering the nature of the coronavirus.

"COVID-19's worst attribute is that it's just dangerous enough. It kills efficiently in some age ranges, but hardly at all in others. It makes some people quite ill and others have no symptoms to speak of.