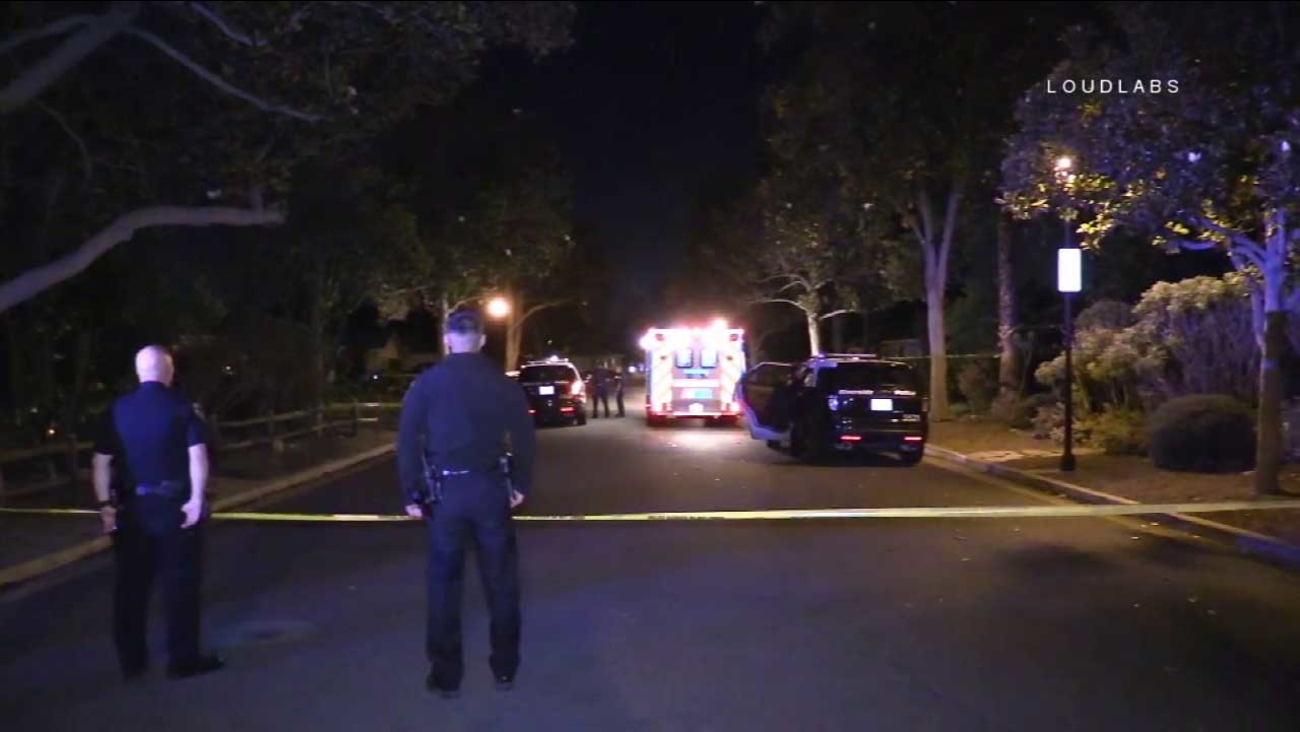 Law enforcement officials stand behind crime scene tape at the scene of a deadly shooting in Riverside on Sunday, May 7, 2017.

RIVERSIDE, Calif. (KABC) -- A man was fatally shot after police said he attacked his estranged elderly parents inside their Riverside home.

Riverside police received a call about a shooting at a home in the 3500 block of Timothy Way around 8:40 p.m. Sunday.

Responding officers found a man suffering from gunshot wounds. The man, described by police as being in his 40s, was pronounced dead at the scene.

Upon investigation, police learned that the deceased man was an estranged son of an elderly couple at the Timothy Way residence.

The son arrived at the home earlier in the day, and a confrontation occurred. During the confrontation, police said the son attacked his elderly parents inside the house. At one point, an adult male family member retrieved a firearm and fatally shot the son, police said.

The elderly parents were transported to an area hospital and treated for non-life-threatening injuries. They are expected to be OK.

The male family member who shot the son was detained, along with a child who is related to the family.