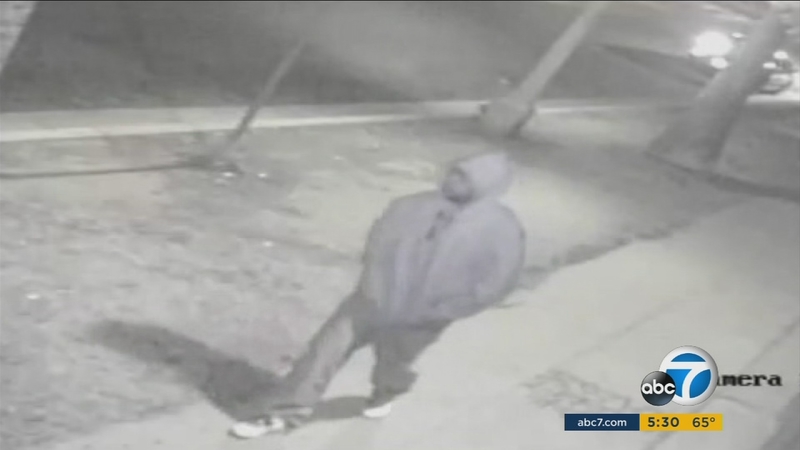 The footage shows one of the suspects shortly before a deadly shooting at the intersection of Kansas and 7th avenues on Oct. 23. The incident happened around 9:30 p.m.

The two victims were Juan Bartolo, 45, and Domingo Esteban, 26. A third person was also shot, but he is expected to survive.

Authorities said the victims were just standing on a street corner that night when a man and an accomplice both got out of a dark-colored mid-2000s sedan and fired shots.

Riverside police said they have not pinned down an exact motive. But they said it's possible the suspects were gang members and the victims, who police said were not gang members, were just in the wrong place at the wrong time.