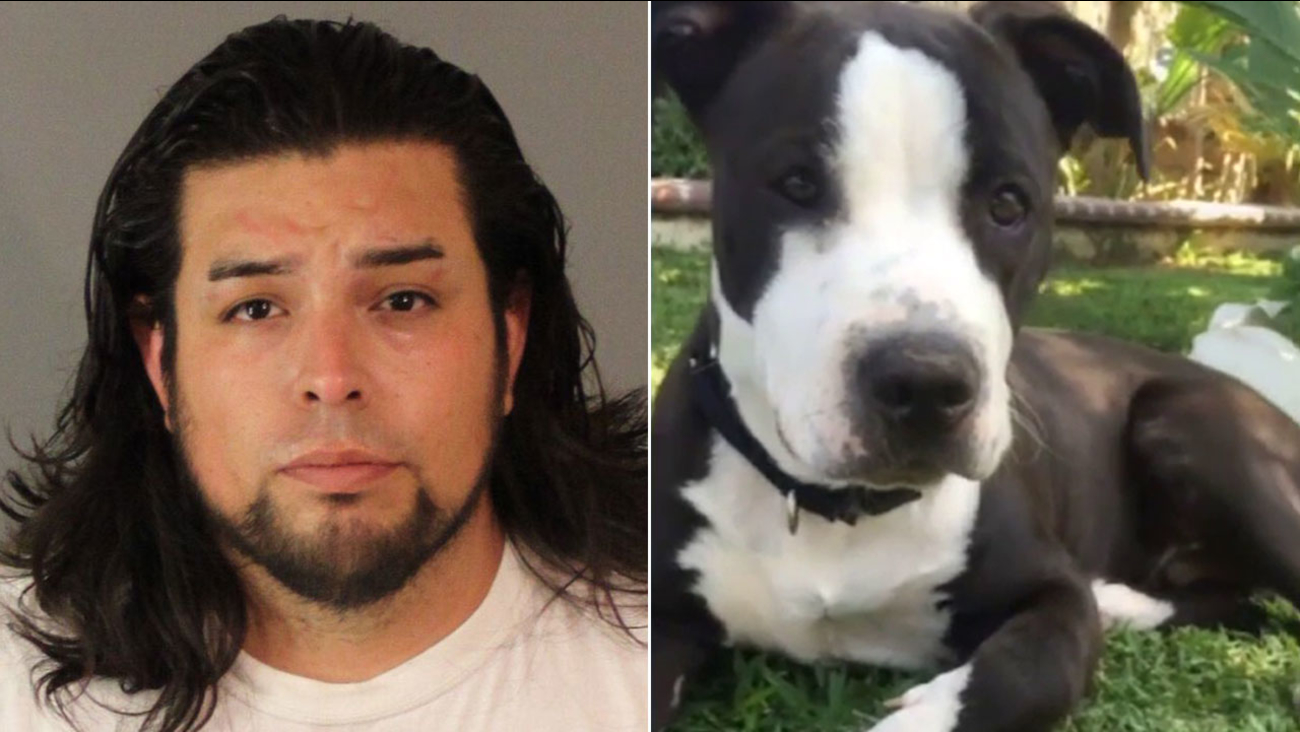 Suspect Rudy Jesus Barajas, 30, of Riverside, is accused of slitting the throat of his neighbor's pit bull shortly after the dog killed his poodle. (Riverside PD / Carina Garcia)

RIVERSIDE, Calif. (KABC) -- A man in Riverside was arrested on Saturday for slitting a pit bull's throat after it attacked and killed his poodle.

Rudy Jesus Barajas, 30, was arrested on suspicion of animal cruelty, according to Riverside County Animal Services.

Officials said the pit bull's owner came out of her house near the 4900 block of Hollyhock Lane at about 9:45 a.m. and saw her dog was holding a neighbor's poodle in its mouth by the neck.

Barajas, the poodle's owner, and two other neighbors attempted to free the poodle from the pit bull's mouth. After the dog, Devo, released the 10-month-old poodle, Barajas dragged the pit bull into his house from the street and slashed his throat, according to a statement given by the poodle owner to police.

The pit bull then ran back to its owner and collapsed. The owner took the dog to the veterinarian but it died on the way there, officials said.

Raul Romero, Barajas' stepfather, told police "the poodle was in its rightful property when the pit bull entered the yard and attacked." Romero also said the pit bull tried to bite Barajas.

Officials said the poodle, named Spunky, was still alive after it was released by the pit bull but subsequently died of its injuries.

Riverside County Animal Services officials reminded residents California law allows property owners to protect themselves and their pets when attacked, but the willful killing of an animal can lead to felony charges.

Animal services concluded that the attack on the pit bull was not defensive and only prolonged the incident.

Barajas was arrested at his home on Hollyhock Lane.