VIDEO: F-16 goes down moments before it crashes into building near March Air Reserve Base 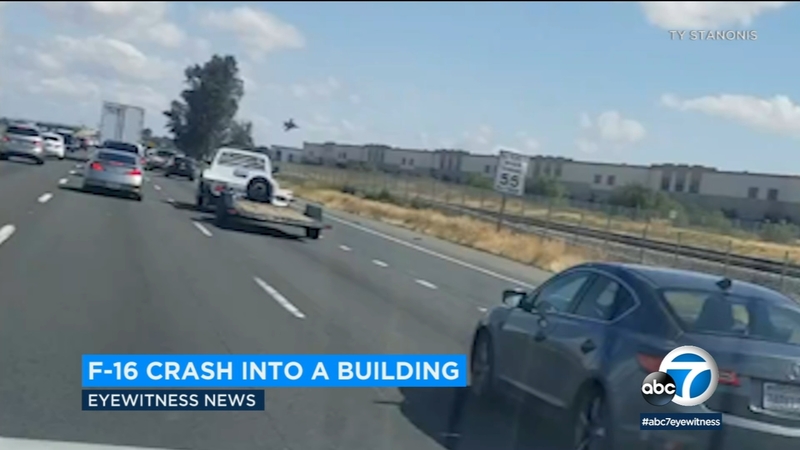 VIDEO: F-16 goes down moments before it crashes into building

RIVERSIDE, Calif. (KABC) -- Video shows the moment an F-16 fighter jet went down before it crashed into a building near March Air Reserve Base in Riverside County Thursday.

Firefighters responded to the wreck at about 3:40 p.m. after the plane crashed at the end of the runway and apparently into the warehouse.

The pilot, the sole occupant of the plane, was ejected and survived the crash. He landed safely at the airfield near Cactus Avenue and Meridian Parkway and is believed to be OK.

Footage from inside a building shows rubble and a gaping hole that was left after an F-16 plane crashed near March Air Reserve Base in Riverside County.

A parachute was spotted nearby.

Images from AIR7HD showed a gaping hole in the roof of the building where the plane went down.