Riverside police seize $46K in fake sports apparel, items made for drug use and gambling machines from business 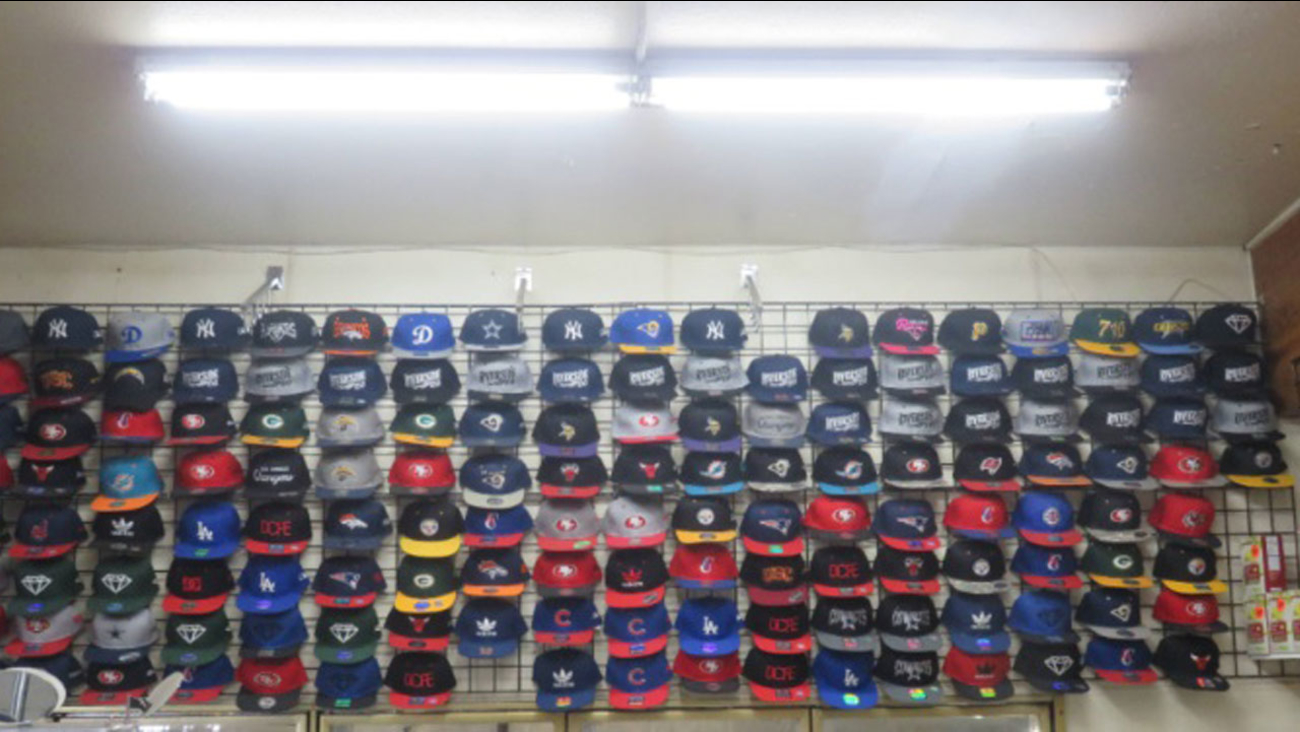 Counterfeit sports hats are shown in a photo provided by Riverside police. (KABC)

Detectives began investigating the complaints and during undercover operations, officers were able to buy illegal drugs from people loitering in the parking lot and counterfeit goods from inside the business.

After a lengthy investigation, a search warrant was obtained. On Aug. 15, detectives issued the search warrant and seized more than 1,000 items of counterfeit sports apparel with an estimated street value of more than $46,000.

Detectives also found items being sold over the counter that are commonly made for the use and manufacturing of illegal drugs such as glass pipes, cans of butane and packaging materials. Three illegal gaming machines that were being used were confiscated as well.