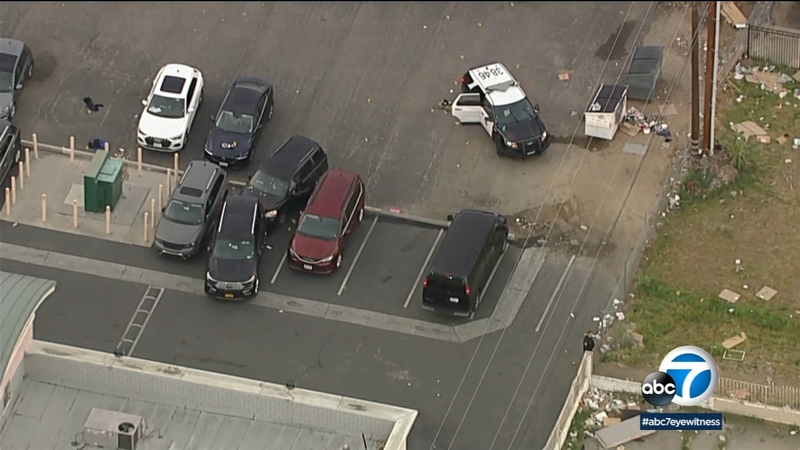 The incident occurred just before midnight on Sunday after officers contacted two men near the intersection of University and Chicago avenues, according to the Riverside Police Department.

It's not clear exactly why the officers approached them or what prompted the shooting, but at some point officers opened fire at the vehicle that the suspects were inside, striking the driver of that car. That person was taken to the hospital, while the passenger of the car was not hit.

That vehicle then crashed into two parked cars and a police unit.

Two officers were injured in the incident and one of them was taken to the hospital. The other was treated at the scene. Authorities say both are expected to be OK.