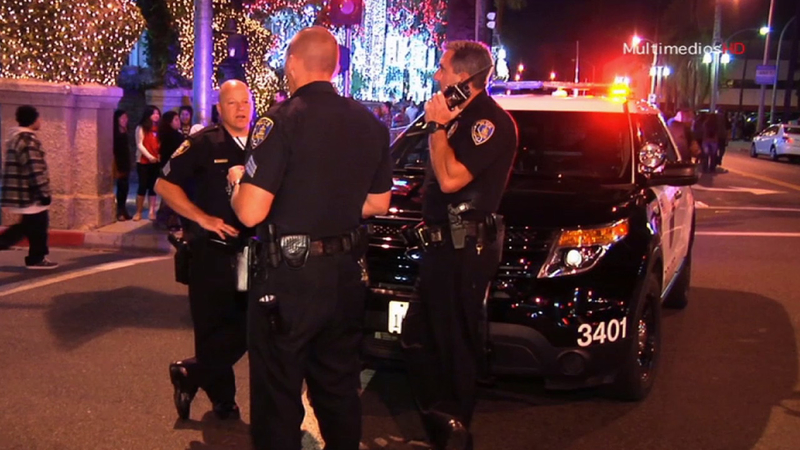 RIVERSIDE, Calif. (KABC) -- A Riverside protest over recent police killings in Ferguson, Missouri and New York spun out of control, when a BMW pushed through the crowd and struck a handful of protesters Saturday evening, Riverside police said.