ByMarc Cota-Robles and Rob McMillan via

A SWAT team shot and killed a suspect who held a teacher hostage during an hours-long standoff at a Riverside elementary school.

RIVERSIDE, Calif. (KABC) -- Teachers returned to Castle View Elementary on Wednesday to pick up their belongings and cars after evacuating from the Riverside school on Tuesday.

Police had responded to the campus just after 11 a.m. when a man suffering some type of breakdown held a 70-year-old teacher hostage for more than six hours. The victim was identified by her daughter as Linda Montgomery, a first-grade teacher who has taught at the school for decades.

The suspect, who was ultimately shot and killed by police, was identified as Luvelle Kennon, a 27-year-old father whose daughter attends the school.

"He just went through the office, that was the only way to get in," said officer Ryan Railsback of the Riverside Police Department.

Police were on campus all night long investigating the officer-involved shooting. A gun was never found on the suspect, but police have not said what was inside the multiple backpacks he carried, saying there's a lot still to investigate.

They believe the best information will come from Montgomery.

"This is very traumatic for her, so they were trying to give her a little space to recover mentally a little bit before they start talking in depth with her," Railsback said.

A witness said the suspect held Montgomery in a headlock and even dragged her by the hair at one point.

"He took an elderly teacher hostage into a classroom," Railsback said.

What investigators will discuss is the decision by SWAT officers to finally go inside the classroom just before 6 p.m. Officers shot the suspect, who was seen being taken away on a stretcher. He later died at a local hospital, officials said.

"We hadn't heard anything from her, either through the suspect or from her, so there was growing concern for her safety, so it was elected to go in and rescue her," Railsback said.

Meantime, there was a substitute teacher injured during the initial altercation: He was punched by the suspect and suffered a broken nose. Teacher Kimberly Butts was emotional knowing all the students were safe and accounted for. 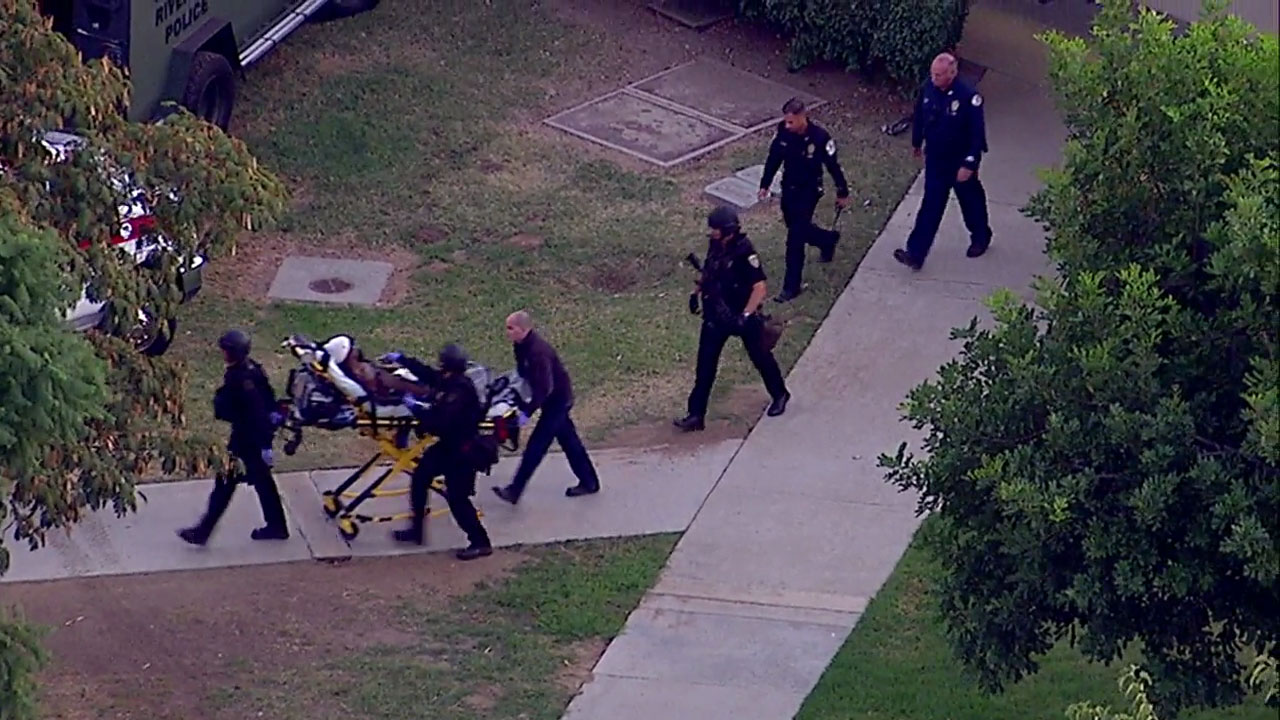