KABC
SAN FRANCISCO, California -- There's more than meets the eye when it comes to a caught-on-camera moment in San Francisco involving a couple in a sedan and a Black man in a silver Mercedes engaged in a heated argument.

The viral video was taken late Sunday morning by a Latina woman who doesn't want to reveal her name.

RELATED: Man fired after blocking Latino man from entering his own apartment building

While the video is taken from an apartment window that accounts for muffled audio, it's clear the woman is yelling at the man at close range with no mask on.

The man responds at one point, "Get out of my face, (expletive)!"

The woman even appeared to "spit" in the man's face, according to many online observers. Some believe he spat at her as well.

Before we get any further, it's no secret these caught-on-camera incidents have dominated the news lately. There have been incidents involving people caught on camera behaving poorly and often in racist-fueled ways. For example, the former HR executive who was seen asking an Asian American family to "go back to your country," or the white man seen on camera blocking a Latino biopharmaceutical educator from entering his own building.

A Southern California family is speaking out after a San Francisco CEO went on a racist rant captured on video this weekend while they were celebrating a birthday at Lucia, a Carmel Valley restaurant.

But in this case, looks can be deceiving.

"She did not spit on me. It may look that way, trust me, if she had spit on me it would have been a whole different ballgame!" says Carlton, the Black man in the silver Mercedes. He is choosing not to use his last name. Carlton continued on to say, "it was more of a cough than spit."

He says the couple in the other car had been tailgating him and at the stop sign, they got out. But despite hearing the woman accuse him of not being able to afford his car, he didn't interpret the comment as blatant racism and believes the barrage of comments from social media doesn't accurately depict what happened.

Carlton admits, though, he was in the wrong for aggressively responding

"I hold myself responsible for not defusing the situation, which is what I should have done. I was just as guilty as she was," said Carlton.

He says he didn't spit at the woman either, and he also doesn't want the woman to suffer the consequences others in similar videos have.

"I don't want to see nobody get fired," said Carlton.

For both Carlton and the woman who recorded the incident, this experience is about accountability and keeping a record, just in case.

"If the cops show up, who's going to get in trouble?" says the Latina woman. "I think folks with more privilege need to hold more space and grace for marginalized folks, especially for Black folks during a time of racial re-traumatization."

Carlton has this message for other people of color who may one day be in the same uncomfortable situation.

"Just think before you act, because, trust me, especially in this day and time, you don't know who is taping," said Carlton.
Report a correction or typo
Related topics:
societycaliforniaviral videou.s. & worldrace in americaviralcaught on cameraroad rage
Copyright © 2020 KABC-TV. All Rights Reserved.
ROAD RAGE 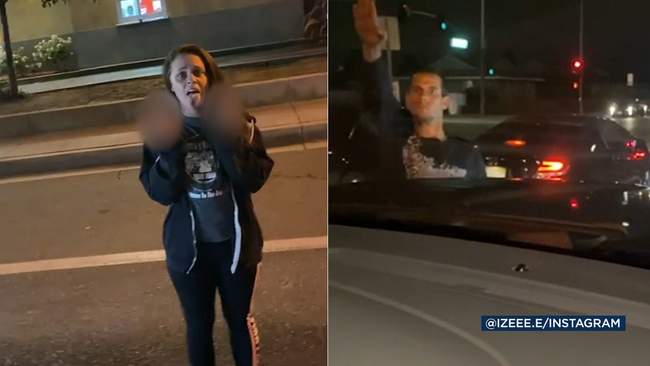 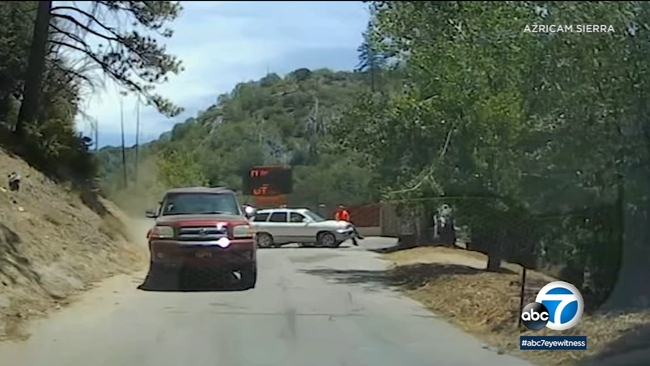 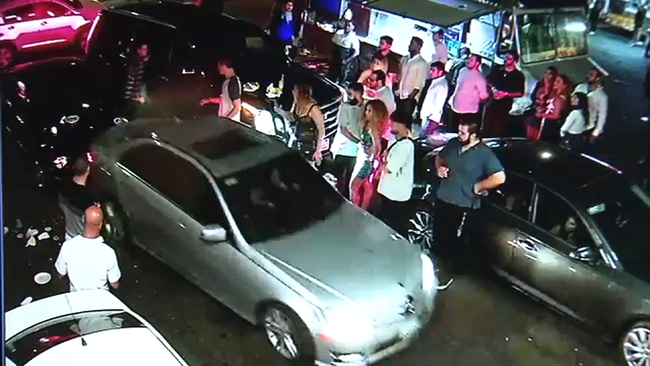