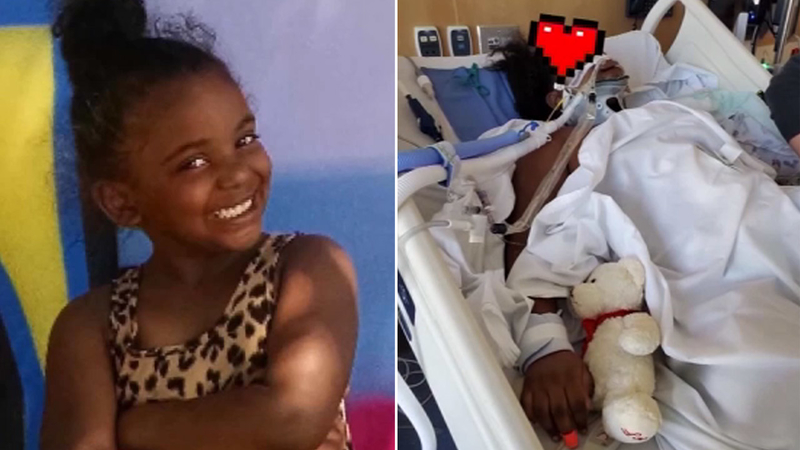 DALLAS, Texas -- Police in Dallas are looking for the driver they say opened fire during a road rage confrontation, seriously injuring a 9-year-old girl.

Diamond Dixon said she was on the highway with her daughter, Rubye, in the back seat, when a man who was speeding almost hit her car when he got into her lane. Dixon told KTVT she honked at the man, and he slammed on his brakes.

When she got into the other lane and started to pull past him, she says that's when he started shooting.

"He looked at me, we made eye contact before, and the next thing I know, I heard pop, pop, pop, pop, pop," Dixon described. "My child started screaming, like, 'I got shot, I got hit.'"

Dixon's daughter Rubye had a bullet go through her side, damaging her kidney and intestines.

"I've been grabbing her hand, like, letting her know we're here and everything," Dixon said.

Rubye is out of the ICU, but she's expected to stay in the hospital for another week.

Dixon now warns if you see someone driving erratically, the best thing to do is to report them.

A family was headed up to Livingston when they say another driver began terrorizing them.