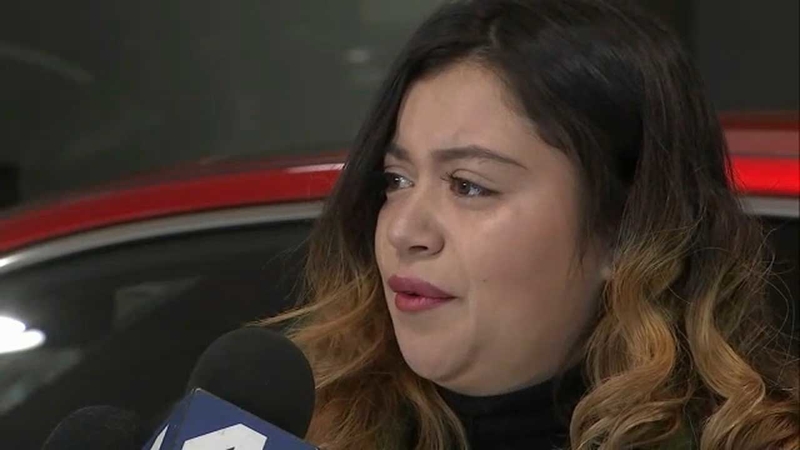 VAN NUYS, Calif. (KABC) -- The family of a man who was left unconscious after a New Year's Day road rage attack spoke out Thursday.

Police continued to search for the people involved in the Van Nuys attack.

Video shows the victim being sucker punched and knocked unconscious before falling and slamming his head on the pavement.

The man's distraught daughter spoke at the car dealership where her father has worked as a service advisor for the past 15 years.

"My father is one of the most hard-working, kind and generous men that I know," said Jennifer Gonzalez, victim's daughter. "There was no need for them to do that to my dad...he doesn't deserve that."

The dealership owner is offering a $15,000 reward.

"He worked hard, always took care of everybody, was the first out there to greet everybody...has a following like I've never seen before. It's a sad deal. It's a sad day," said Barry Wishengrad, of Nissan of Van Nuys.

The Los Angeles Police Department was asking for help in identifying the three suspects.

Investigators said they had been driving erratically before getting behind the victim's car.

Cellphone video shows the victim and suspects pulled over, standing in the street near Woodman Avenue and Victory Boulevard, when the single punch was thrown.

The suspects could be seen running back to their black Jeep with tinted windows and California paper plates before driving off.

While she wants justice, Jennifer Gonzalez said she has faith her dad will regain consciousness.