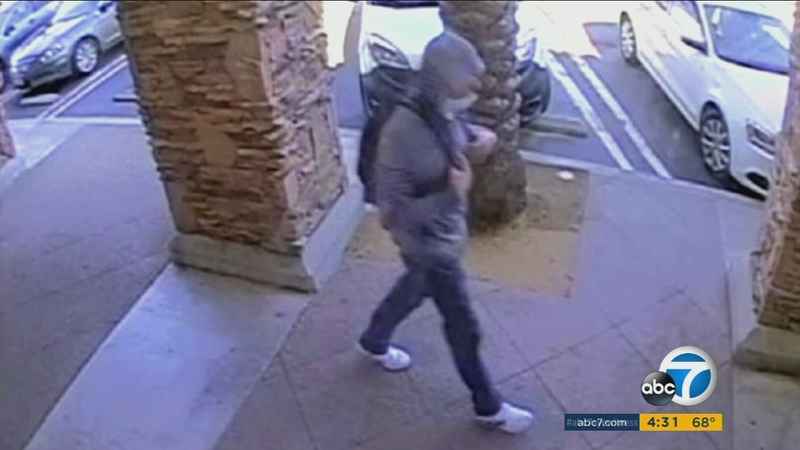 GRANADA HILLS, LOS ANGELES (KABC) -- Authorities are looking for a man suspected of robbing an armored-car employee in broad daylight on March 29 in Granada Hills.

Newly released surveillance video shows the suspect walking into the parking lot of Zelzah Town Center on March 29 around 11 a.m. The Brink's employee was walking out of a CVS pharmacy after a pickup when the armed suspect confronted him and demanded the money bag.

"It's pretty crazy to do that in broad daylight when there's a lot of people and kids," said Jonathan Salazar, who works nearby.

Authorities said the suspect ordered the employee to drop the bag and took off on foot with the money. He was seen running along store fronts and then jumping into the passenger seat of a getaway car on Kingsbury Street.

"(He) was seen getting into a newer model VW Passat or Jetta, it had paper plates," said FBI special agent Catherine Moore.

Police said the suspect was wearing a gray hooded sweatshirt and his face was covered.

The FBI is now offering a $15,000 reward for information leading to the arrest and conviction of the suspect or suspects.