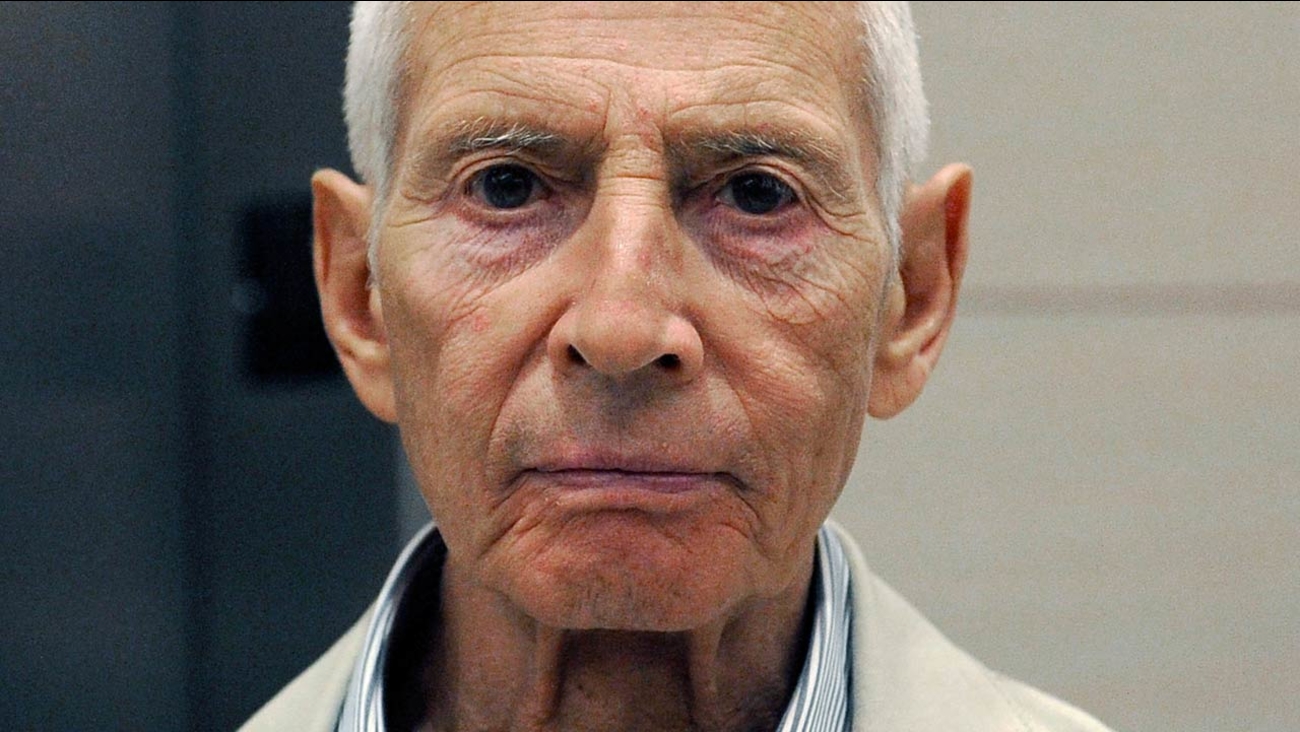 The Los Angeles County district attorney's office jointly filed an agreement with Durst and his lawyers for his return by Aug. 18.

Court filings have shown that Durst has struck a plea deal with federal prosecutors on a weapons charge in New Orleans. The weapons charge has kept Durst jailed in Louisiana since March, even though he waived extradition on the murder charge in Los Angeles.

Durst, an estranged member of the family that runs 1 World Trade Center in New York, faces a first-degree murder trial in Los Angeles in the 2000 death of his friend and onetime spokeswoman Susan Berman, 55.

The 72-year-old millionaire is accused of killing Berman to keep her from talking to investigators looking into the disappearance of his first wife in 1982.

Richard DeGuerin, one of Durst's attorneys, said in a statement Tuesday that the extradition agreement is "part of our effort to have Robert Durst face and defeat the California murder charge as soon as possible."

"Bob Durst didn't kill Susan Berman and doesn't know who did," DeGuerin said. "He is eager to go to trial and prove his innocence."

U.S. District Judge Helen Berrigan in Louisiana postponed Durst's trial on the weapons charge earlier this month to give attorneys time to work out a date to sign a plea agreement. On Thursday, she scheduled a change of plea hearing for Feb. 3.

Durst was arrested in New Orleans on the eve of the finale of "The Jinx," a six-part HBO documentary about Durst, the disappearance of his wife, Berman's death, and the death and dismemberment of a neighbor in Texas in 2001.

Durst's lawyers say his arrest in New Orleans was timed to coincide with the conclusion of "The Jinx." Durst had registered at the hotel under the name Everette Ward and was lying low while HBO aired the final chapter of his life story.
Related topics:
los angeleslos angeles countylouisianau.s. & worldrobert durst
Copyright © 2022 by The Associated Press. All Rights Reserved.
TOP STORIES
Death toll rises to 21, mostly children, in TX school shooting
Uvalde school shooting: What we know about 19 kids, teacher killed
Watch Steve Kerr's raw, emotional plea after Texas shooting
CA water board adopts ban on watering some green spaces amid drought
Suspect wounded after CHP, deputies are fired upon in East LA
Mater Dei HS celebrates 3 Heisman Trophy winners amid controversy
More water restrictions expected this summer
Show More
Biden says 'we have to act' after Texas school shooting
What is monkeypox? CDC updates doctors as CA reports 1st possible case
11 killed in shooting attacks on 2 bars in Mexico
How to talk to kids about Texas school shooting
A look at some of the deadliest US school shootings
More TOP STORIES News