Video shows Roderick Walker being punched after police pulled over the car he was riding with his girlfriend, their five-month-old child and his stepson for an alleged broken taillight.
AP
JONESBORO, Ga. -- A sheriff's office in Georgia says it has fired a deputy seen on video repeatedly punching a Black man during a traffic stop.

The Clayton County Sheriff's Office said Sunday the deputy was fired for using excessive force. It did not identify the deputy. It said a criminal investigation has been turned over to the district attorney's office.

Roderick Walker, 26, was arrested and beaten after Clayton County sheriff's deputies pulled over the vehicle he was riding in Friday with his girlfriend, their five-month-old child and his stepson for an alleged broken taillight, his attorney, Shean Williams of The Cochran Firm in Atlanta, said Sunday. The deputies asked for Walker's identification and got upset and demanded he get out of the vehicle when he questioned why they needed it since he wasn't driving, Williams said.

The subsequent arrest, captured on video by a bystander and shared widely, shows two deputies on top of Walker, one of whom repeatedly punches him.

Walker was arrested on suspicion of obstructing officers and battery.
Report a correction or typo
Related topics:
georgiau.s. & worldpolice officerrace in america
Copyright © 2020 by The Associated Press. All Rights Reserved.
RACE IN AMERICA 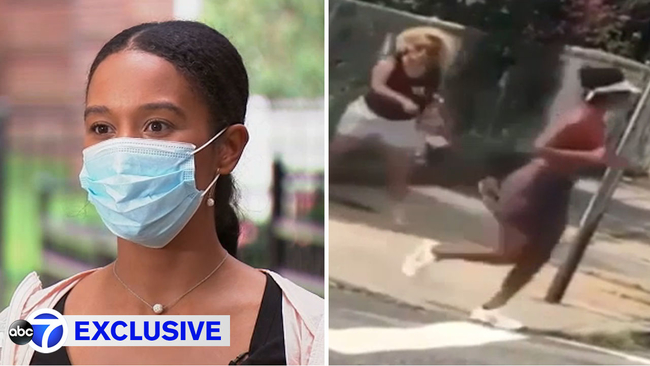 Black woman hit with bottle, called the N-word while jogging

Barr under fire over comparison of COVID-19 lockdowns to slavery