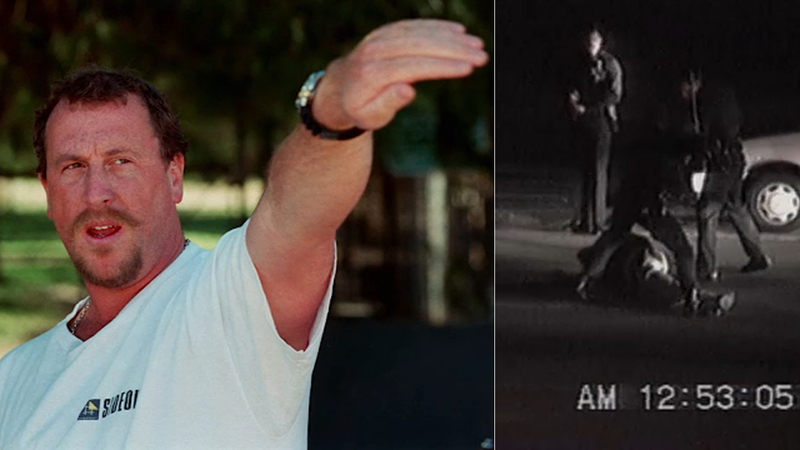 Holliday, 61, died Sunday at a Los Angeles hospital, where he had been for more than a month, according to Robert Wollenweber, a longtime friend and former coworker.

Holliday was not vaccinated and was on a ventilator in recent days after contracting pneumonia, Wollenweber said.

Holliday was awakened by a traffic stop outside his San Fernando Valley home on the night of March 3, 1991. He went outside to film it with his new video camera, catching the Los Angeles officers punching, kicking and using a stun gun on King, even after he was on the ground.

A year later, Holliday's out-of-focus footage - about 9 minutes worth - was a key piece of evidence at the four officers' criminal trial for assault and excessive use of force.

When a jury acquitted all the officers on April 29, 1992, the city erupted in widespread violence. Hundreds of businesses were looted and destroyed over several days. Entire blocks of homes and stores went up in flames. More than 60 people died by shootings or other violence, mostly in South Los Angeles.

The video led to upheaval within the Los Angeles Police Department, sparking calls for the ouster of then-Chief Daryl Gates and prompting the appointment of the Christopher Commission.

The uprising seemed to catch the rest of the nation by surprise, but longtime residents said tensions were building in South LA for years and the King verdict was just the tipping point.

On the third day of the riots, King went on TV to plead for calm, asking in a trembling voice, "Can we all get along?"

King sued Los Angeles over the beating and was awarded $3.8 million in 1994, but he told The Associated Press in 2012 that he lost most of that money to bad investments. King drowned in his backyard swimming pool on June 17, 2012, at age 47.

Holliday put the Sony camcorder he used to record the beating up for auction last July, with bidding starting at $225,000. It was unclear if it ever sold.

Holliday told the New York Times last year that he was still working as a plumber and never profited from the video.

He said he had purchased the camera about a month earlier and he grabbed it instinctively when he was awakened by noise outside his window.

"You know how it is when you have a new piece of technology," he told the Times. "You film anything and everything."

Holliday said in 2017 that he was working on a documentary about his role in the King case, but it was unclear if anything became of that project.