More Hollywood street closures to take effect ahead of 'Rogue One: A Star Wars Story' premiere

A stretch of Hollywood Boulevard remained shut down Friday morning in anticipation of Saturday's premiere of the movie "Rogue One: A Star Wars Story," with more planned street closures to come.

HOLLYWOOD, LOS ANGELES (KABC) -- A stretch of Hollywood Boulevard remained shut down Friday in anticipation of Saturday's premiere of the movie "Rogue One: A Star Wars Story," with more planned street closures to come.

Preparations continued throughout the morning, including the laying out of a red carpet outside the Pantages Theatre as a full-size X-Wing Starfighter replica was parked nearby.

The premiere of the first spinoff in the "Star Wars" franchise is scheduled to be held Saturday evening, ahead of a projected $130-million opening at the box office.

The boulevard has been closed between Ivar Avenue and Vine Street, and between Vine and Argyle Avenue, since Monday evening, and will remain so until 6 a.m. Tuesday.

At 9 p.m. Friday, Vine will be shut down between Hollywood Boulevard and Yucca Street, a closure that will remain in effect until 9 a.m. Sunday.

Vehicle traffic will not be permitted on Vine between Sunset Boulevard and Yucca from 3 p.m. Friday until midnight on Saturday.

Pedestrians will have access to the streets every day except Friday, the day of the movie opening. 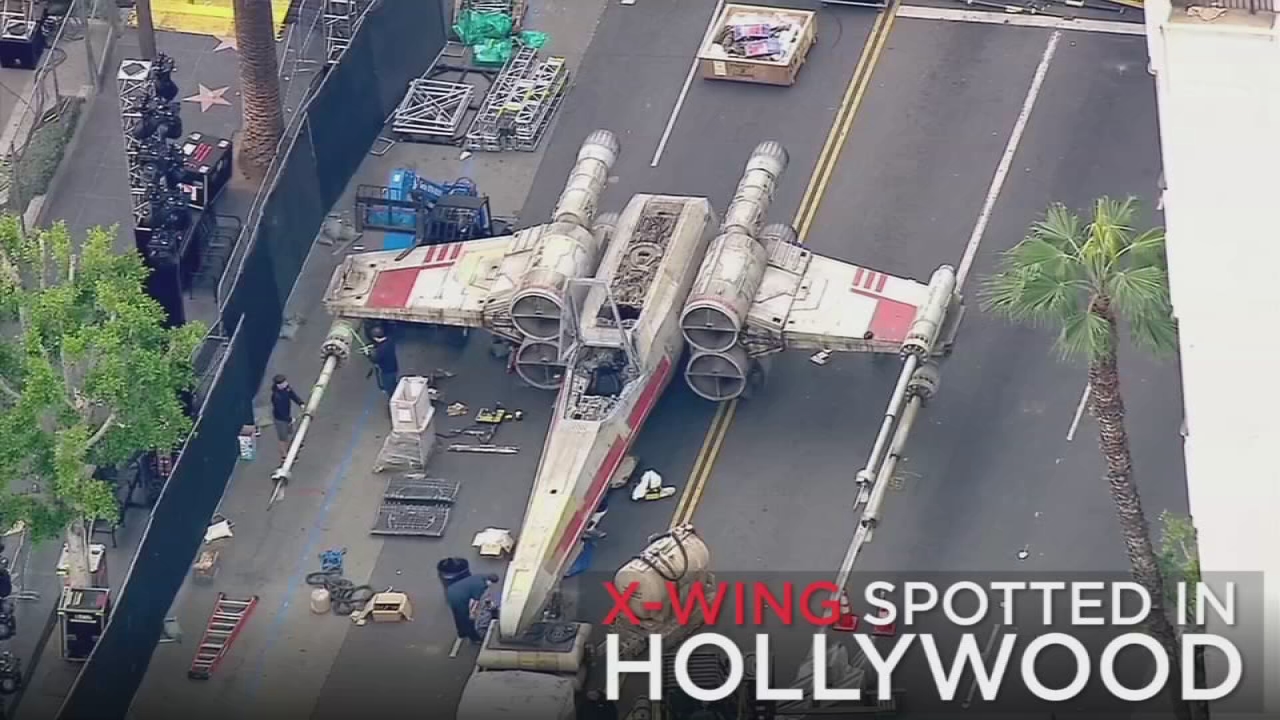 X-Wing fighter lands in Hollywood for 'Rogue One: A Star Wars Story' premiere