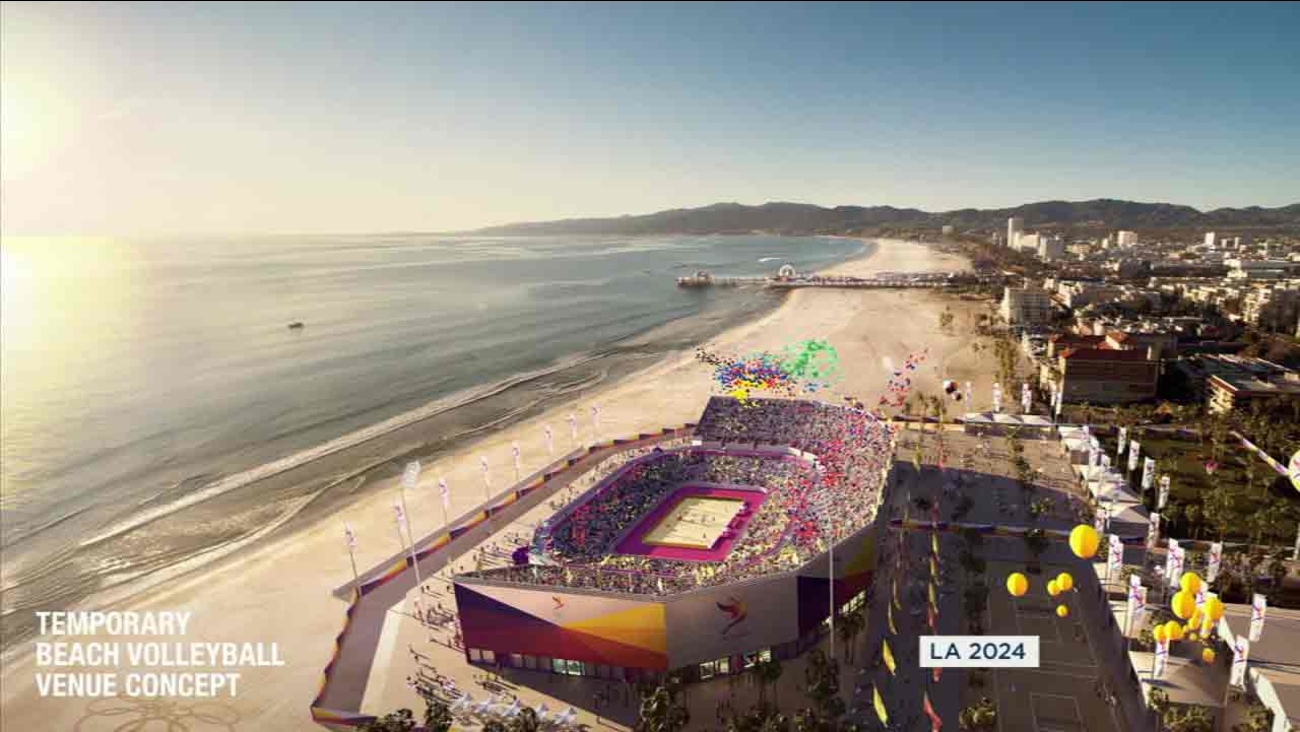 A rendering of a beach volleyball venue concept in Los Angeles for the 2024 Olympics.

LOS ANGELES (KABC) -- Although there is still a year left for the International Olympic Committee to decide which city will host the games, if Rome really drops out of the running, it could be good news for Los Angeles.

With elaborate plans already in place, there was a significant shakeup on Wednesday in the race to host the 2024 Summer Olympics.

After only three months in office, the new mayor of Rome, Virginia Raggi, rejected her city's bid, saying in a news conference that pursuing the games any further would be financially irresponsible.

Her rejection, which still needs approval from the city's assembly, would leave only Paris, Budapest and Los Angeles in the running.

But the L.A. 2024 committee said it was withholding any official reaction after Rome's Olympic Committee separated itself from the city's mayor.

"The City Council will be responsible for what they have announced today," they stated on Twitter. "We are going on until the formal decision."

"The City Council will be responsable for what they have announced today, we are going on until the formal decision"

Despite the unknown of what will ultimately happen with Rome, there's undeniable excitement from the LA84 Foundation, which serves as a legacy to the 1984 Summer Games with more than $230 million invested in Southern California communities over the last three decades.

LA 84 Foundation CEO Renata Simril showed ABC7 an official torch from the '84 Olympics, and said to have the games return in 2024 would be amazing for the city.