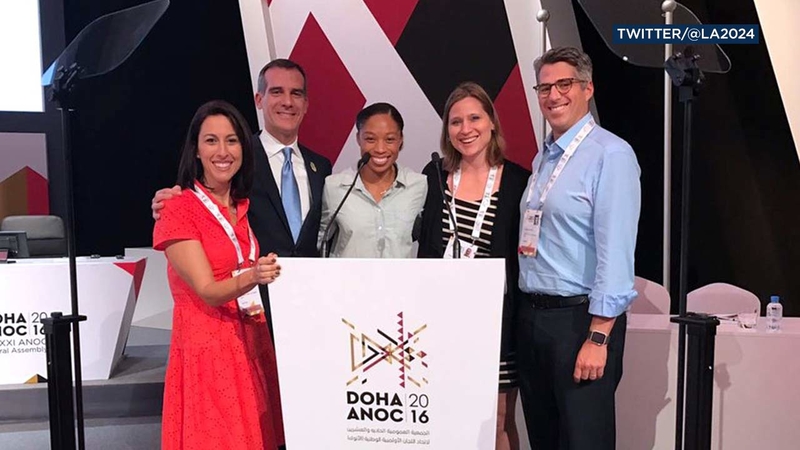 DOHA, Qatar (KABC) -- The Los Angeles delegation lobbied for the 2024 Summer Games to the International Olympic Committee on Tuesday, emphasizing America's commitment to diversity to ease concerns about our president-elect.