'Mighty Ground' documentary helps homeless singer get clean, off the streets of LA 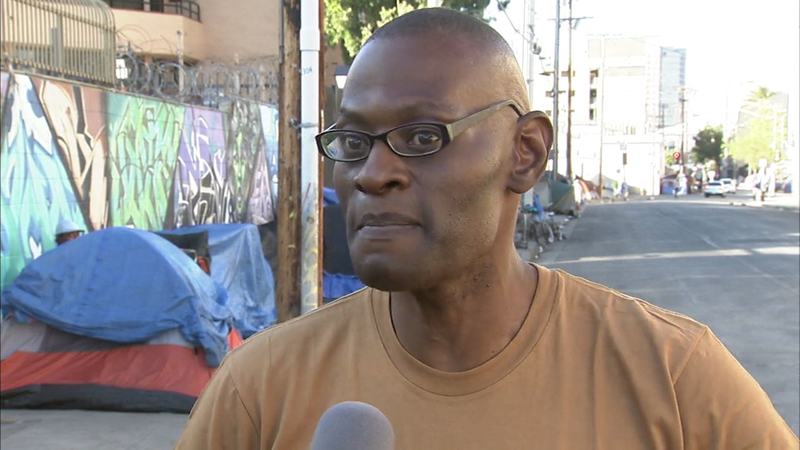 LOS ANGELES (KABC) -- The streets of downtown Los Angeles are familiar ones to Ronald Collins.

He walked them for a decade when one night he performed for some people sitting outside a bar. Collins didn't know they made movies.

"For 30 minutes he sang acapella to us and honestly, it was like this weird kismet, magical moment," producer Aimee Schoof said.

Aimee and her colleagues decided Collins' story deserved to be told and his voice needed to be heard well beyond a few city blocks.

"I don't know what people see in me, but they see something in me and I can't define it," Collins said.

William Colston, music supervisor, said it's about an opportunity for Collins to create a new life.

That day may be coming. Colston is helping Collins' musical future. His story of struggling to get sober is being told in a new documentary called "Mighty Ground."

"It was a whole chain of events, but the drugs was always there to keep me from dealing with the reality of it all," Collins said. "But in the back of my mind, there was the music."

Collins now works at a convenience store that saw him in darker times. He is drug free, working on an album and off the streets in a safe-group home.