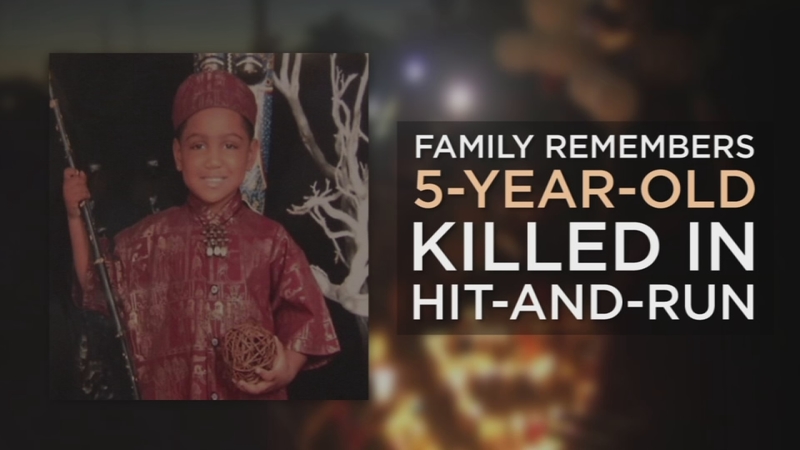 SOUTH LOS ANGELES (KABC) -- The family of 5-year-old Ronald Neal III prayed Wednesday night during a candlelight vigil in South Los Angeles and remembered the little boy who always had a smile on his face.

"Everyone is here to support him and for him to know that everybody really loved him and he really had a big impact on people that I didn't even know he had," mother Jaychele Turner said.

Ronald was struck and killed Tuesday afternoon by a hit-and-run driver. The driver was arrested Wednesday and identified as 19-year-old Homer Watford, who grew up with Ronald's parents. Before he turned himself over to police, he stopped by to apologize to Jaychele.

"My son was out to help a dog and he swerved from the dog and thought my son was another dog. So I'm not angry at (Homer) at all. He's my friend, you know, despite what happened. I can't hold a grudge. My heart won't let me do that," she said.
EMBED More News Videos

The family of 5-year-old Ronald Neal III prayed Wednesday night during a candlelight vigil in South Los Angeles and remembered the little boy who always had a smile on his face.

Ronald loved to dance and enjoyed going to school. His father said he was always an upbeat kid.

"We was the happiest little guy no matter what. It could be good times, bad times, he'd just laugh or do something to make you laugh," Ronald Neal II said.

It was those dance moves that earned him the nickname Butt Butt. The crowd at Wednesday's vigil said they wanted to make sure he knew how much he'll be missed and was loved.

"We love you Butt Butt," the crowd yelled during the vigil.

Watford has been booked for felony hit-and-run and remains at the 77th Division Jail.