The 2021 Rose Parade is canceled but viewers will still get a two-hour television special on New Year's Day.
KABC 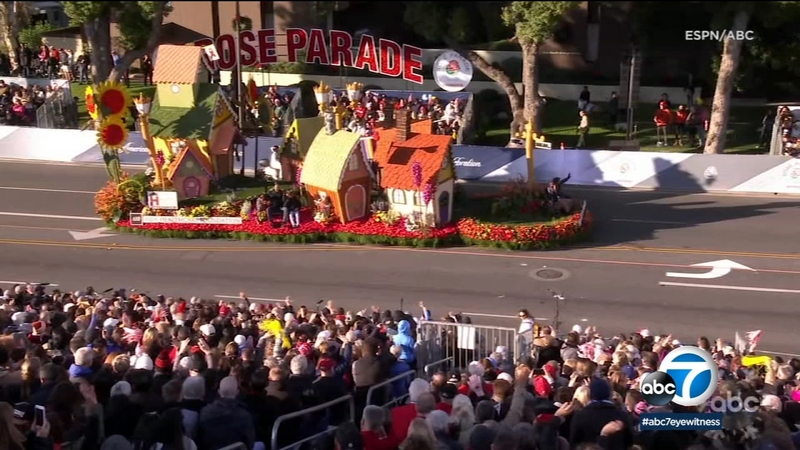 PASADENA, CALIF. (KABC) -- The cancelation of the 2021 Rose Parade was announced in July due to the coronavirus pandemic, but fans of the beloved annual tradition will still get a show: a two-hour television special broadcast on New Year's Day, organizers said Thursday.

In a statement, the Tournament of Roses Association said the TV special will include "live-to-tape musical and marching band performances, heartwarming segments related to the Rose Parade, celebrity guest appearances" and highlights from past Rose Bowl games.

The show will showcase "spectacular floats from years past," as well as a behind-the-scenes look into the making of flower-laden displays that are the trademark of the Pasadena parade, the release said.

The association said in July that it was canceling the 132nd parade because of the risk of spreading coronavirus infections among its participants and massive in-person audience.
EMBED More News Videos

Organizers announced the cancellation of the 2021 Rose Parade amid the coronavirus pandemic.