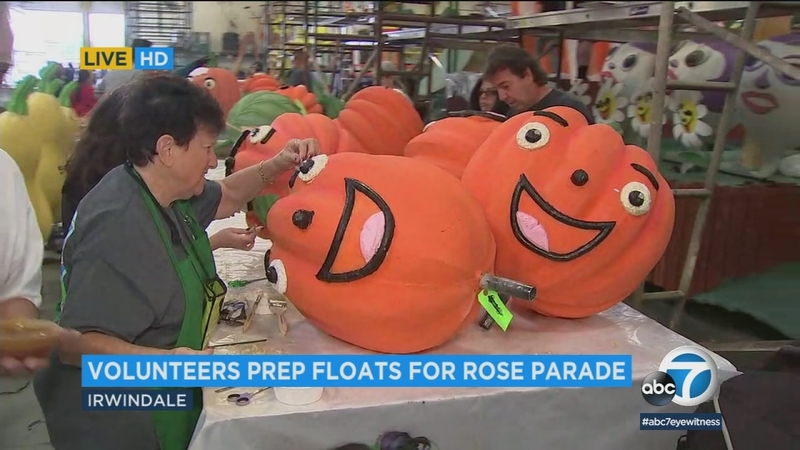 Volunteers were hard at work on Tuesday, putting the finishing touches on floats that will be featured in the annual Rose Parade.

This Christmas week, volunteers were affixing thousands of flowers and floral arrangements to the jaw-dropping displays - a task that requires over 10,000 cumulative hours for completion.

Fiesta Parade Floats has the highest prize winning rate over the last 30 years in the Rose Parade industry, according to the builder company.

Floats for the @RoseParade are coming to life!! Watch as hundreds of volunteers put together these massive floats —> https://t.co/3h6a75q6SJ@ABC7 pic.twitter.com/NqtrOQpfuA