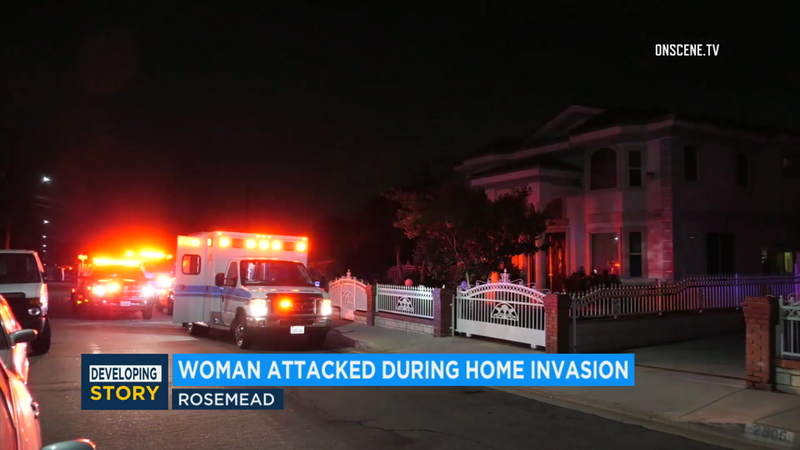 ROSEMEAD, Calif. (KABC) -- A woman was hospitalized Monday evening after being attacked with a crowbar during a home invasion in Rosemead, authorities said.

Deputies responded about 10 p.m. to a report of a burglary in a gated community in the 2500 block of Falling Leaf Avenue, a spokesperson for the Los Angeles County Sheriff's Department's Temple station said.

According to investigators, the victim was roused from her sleep when three male intruders entered the residence. The woman was hit with a crowbar on the side of her body during the attack.

The men ransacked the home before fleeing the scene, the sheriff's spokesperson said.

Firefighter-paramedics transported the injured woman to a medical center. Her age and condition were not disclosed but she seemed to be conscious and responsive as she was placed in an ambulance.

Authorities said she was unable to say what may have been stolen from the home.