Royal wedding 2018: In lieu of gifts, Meghan Markle, Prince Harry ask for donations to one of seven charities 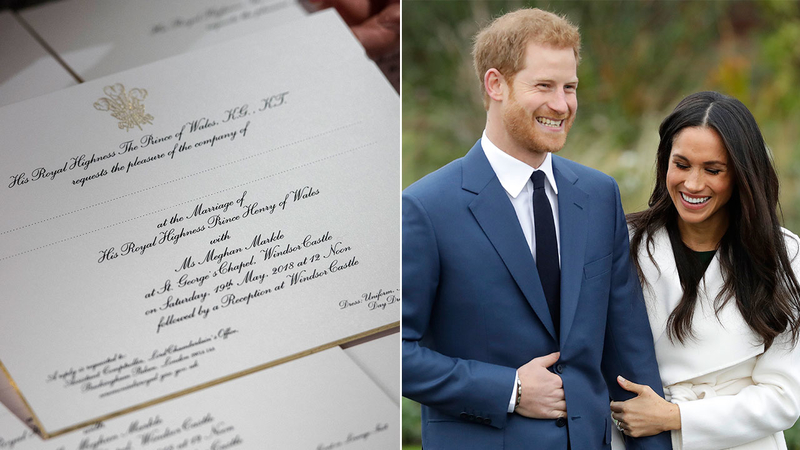 Instead, Prince Harry and royal-to-be Meghan Markle have asked for donations to charities near and dear to their hearts. The couple, who will wed May 19 in Windsor, have chosen seven organizations.

"Prince Harry and Ms. Meghan Markle are incredibly grateful for the goodwill shown to them since the announcement of their engagement and are keen that as many people as possible benefit from this generosity of spirit," reads an announcement from Kensington Palace.

Here's a look at each of the charities:

Chiva, or Children's HIV Association, supports kids who are growing up with an HIV diagnosis, teaching them and their families to live up to their potential.

The charities include @chivaprojects, which supports children growing up with HIV and their families. The charity helps to create a more hopeful and optimistic future for them, ensuring they achieve their greatest potential. https://t.co/W3AQovuL2H pic.twitter.com/BvnZjmzPOl

Crises works with those who have recently been homeless, aiming to help individuals rebuild their lives and to eradicate homelessness for good.

.@crisis_uk has also been chosen by the couple. Crisis helps people directly out of homelessness, working side by side with thousands of people each year to help them rebuild their lives and leave homelessness behind for good. https://t.co/k7ZYzI1gbF pic.twitter.com/DTPsARVdc9

The Myna Mahila Foundation employs women from the slums of India to make sanitary pads in an effort to make them more accessible. The foundation is also working to change the taboo around menstruation in parts of the world where girls drop out of school after getting their periods.

"Young girls' potential is being squandered because we are too shy to talk about the most natural thing in the world," Markle wrote last year about the need for organization's work.

Next up is @MynaMahila, which empowers women in Mumbai's slums by providing them with a trusted network, stable employment & the chance to grow as individuals & businesswomen, and breaks taboos around menstrual hygiene. https://t.co/suzul1y9cw pic.twitter.com/eIG3GP6bW7

Scotty's Little Soldiers works to provide support to children whose parents were service members that were killed in action.

The couple have also chosen @CorporalScotty, a charity that offers vital support and activities to children who have lost a parent while serving in the British Armed Forces, helping them to smile again. https://t.co/23tYNy7rSC pic.twitter.com/G6CISr2TvU

Also selected is @StreetGames, a charity which uses sport to empower young people to kick-start a cycle of positive change in their own lives. Prince Harry and Ms. Markle visited one of the charity's projects together in Cardiff earlier this year. https://t.co/UPY6Nyt2k6 pic.twitter.com/0XQJOL6iNj

Surfers Against Sewage says it's one of the most active conservation organizations in the United Kingdom. The charity's work includes beach cleanups and educational initiatives to reduce plastic use.

An organization that enables people, especially young people, to take trips to experience nature, in order to inspire them to become passionate about conservation.