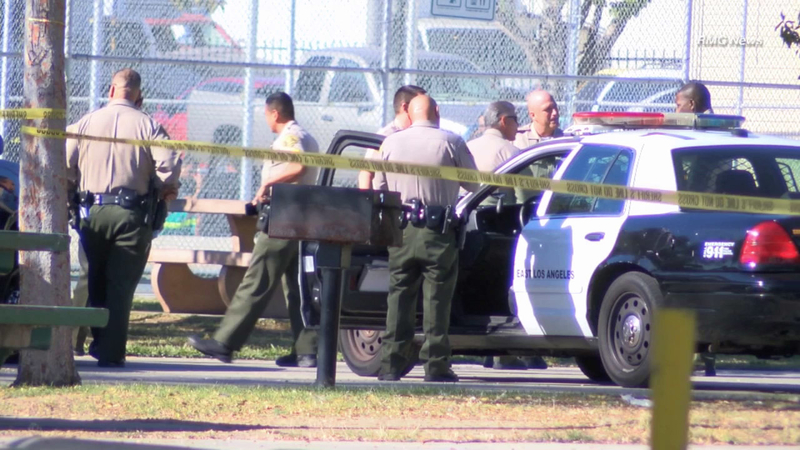 The Los Angeles County Sheriff's Department said the shooting happened at Ruben Salazar Park located in the 3860 block of Whittier Boulevard at about 11:30 a.m.

Deputies said the heavyset man then pulled out a gun and fired several shots, hitting the brother in the upper body.

The three suspects then ran from the scene towards Ditman Avenue.

One man was pronounced dead at the scene, while the other died at the hospital, authorities said.

Family members told ABC7 the men killed were Tony and Johnny Aguilar. Relatives of the brothers said they grew up in the area, but had moved to the Antelope Valley.

The brothers often visited to play basketball at the park, family members of the victims said.

There were 50 people at the park at the time of the shooting, authorities said.

The suspected shooter is still at-large and the gun has not been recovered. The sheriff's department said their investigation is ongoing.