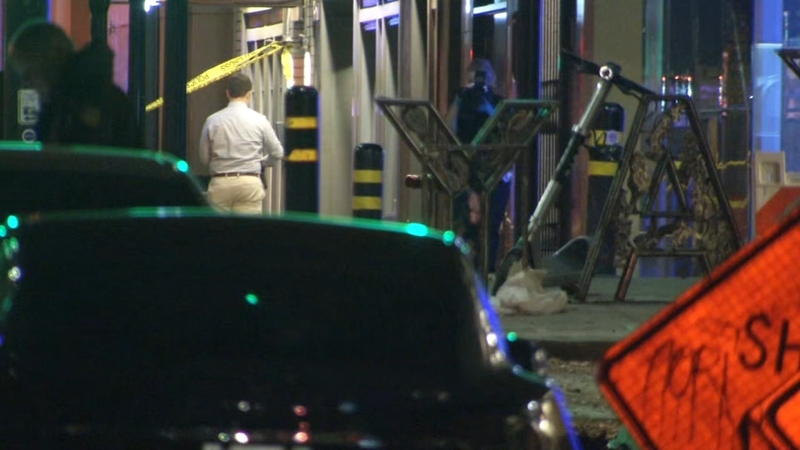 Witnesses described the scene that took place near 10th and L streets.

"We were right there on that wall, over there, like just linked up against the wall. And it had happened right down there across the street. And then we had just turned in the alley and then everybody was running against each other, like running into each other and, yeah, it was just crazy," said witness, Asa Pickett.

One man with a bullet hole through his car.

"I heard gunshots. And then after the gunshots I heard people just start diving down on the ground, and falling down, and next thing I know, someone fell in front of my truck," said Gerrard Smith.

"We know a large fight took place before the shooting and we have confirmed multiple shooters," said Sacramento Police Chief Katherine Lester.

Police say they did recover a stolen gun at the scene.

The events have shocked the Sacramento community from the upper echelons of powers, down to everyday citizens.

On Sunday night, several gathered in a local park to honor the victims and call for change.

"We're devaluing human life, you know. People are becoming desensitized by these murders. You're seeing this happen so often, so frequently," said community activist, Stevante Clark.

Clark, along with others in attendance, implored the community to remember these events long after the initial shock wears off.