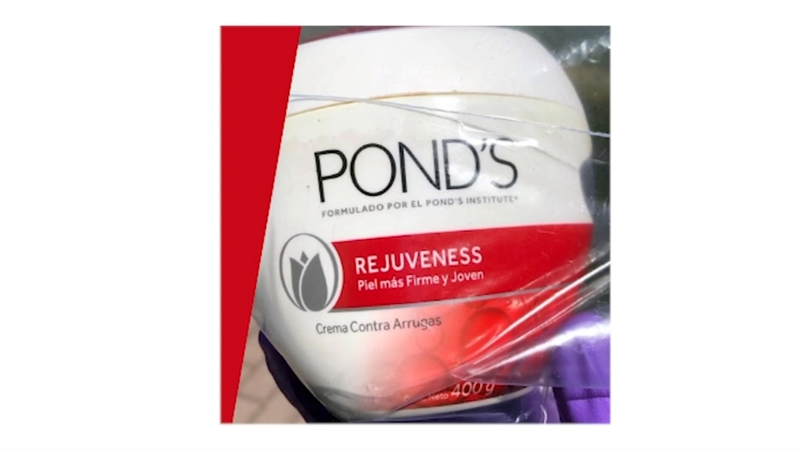 FRESNO, Calif. -- A 47-year-old Sacramento woman is in a semi-comatose state after using a tainted face cream, health officials say.

The Sacramento County Health Department said mercury was added to the product, unbeknownst to the manufacturer.

In the woman's case, the cream was imported from Mexico, and it had a Pond's label written mostly in Spanish.

"What we know is the product came from Mexico and came across the border and we don't know at what point the product was contaminated," said senior health program coordinator Yvonne Rodriguez.

According to the woman's son, his mother used the cream twice a day for several years. She knew it had been altered because it worked better on her skin.

Health official said the woman's symptoms are severe, but they came on slowly.

"The woman presented to the hospital with several symptoms, numbness, tingling of the fingers and toes, slurring of speech and difficulty of walking, headache," said Sacramento County Public Health officer Dr. Olivia Kasirye.

The Sacramento County Health Department is warning people to watch out for skin creams from other countries such as Mexico, Afghanistan and South Asia. The products are usually sold at swap meets, flea markets and on the internet, the department added.

Health officials released a chart of dozens of skin creams from Mexico seized in California that have tested positive for mercury, some of which were sold in Tulare County.