At least 800 acres burn in brush fire near Stevenson Ranch 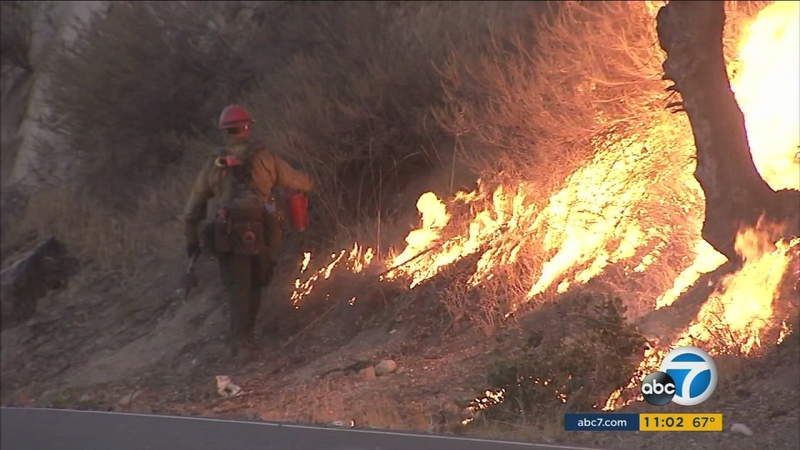 At least 800 acres burn in brush fire near Stevenson Ranch

The Sage Fire was said to have started near Sagecrest Circle and The Old Road. The blaze was declared a second-alarm at about 12:30 p.m. and later upgraded to three alarms.

Los Angeles County fire officials had earlier listed the blaze at 75 to 100 acres, but within hours the flames had quickly spread to 800 acres.

More than 200 firefighters with 12 aircraft battled the blaze, though some of the aircraft were released from duty later in the afternoon.

The evacuation orders were lifted as of 9:30 p.m., fire officials said and an evacuation center at West Ranch High School was shut down. Only residents with identification would be allowed back in, and no trailers, boats or recreational vehicles would be allowed initially, they said.

As of Saturday evening, no homes had been damaged, as a heavy use of fire retardant dropped by aircraft helped keep the flames away.

Firefighters also set back fires along the Old Road near Calgrove to help contain the fire.

One inmate firefighter was treated for a minor injury.

The #Sagefire has come close to homes in Stevenson Ranch, but no structures have been damaged. 450 acres burned. pic.twitter.com/VY1PeAX22V