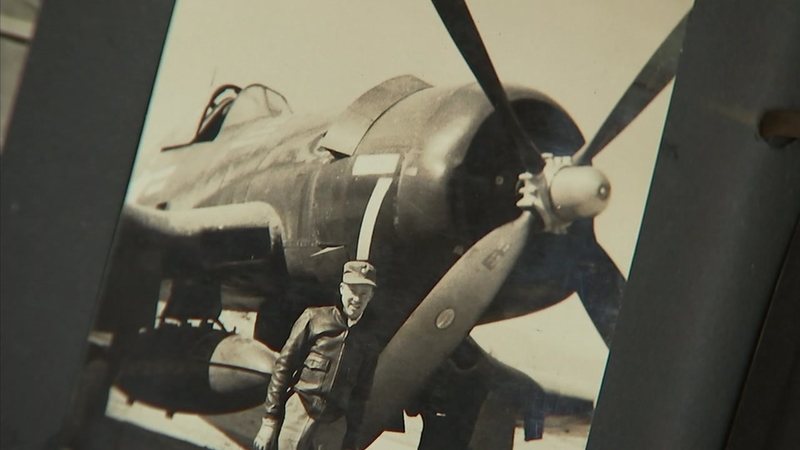 SANTA MONICA, Calif. (KABC) -- Sam Folsom is 98 years old, but he recalls his days in the service during World War II vividly. Folsom now lives in Santa Monica with his wife Barbara.

They fell in love when Sam was a fighter pilot in the Marines. He shared one nail-biting mission that took place when he was a newly trained pilot stationed in Guadalcanal.

"All of a sudden ground control said that the Japanese are coming in on the surface and the Japanese were going to make torpedo runs at an altitude of 15 to 20 feet instead of at 20,000 feet," Folsom recounted. He said his instincts just kicked in and "all of us dove down in that particular instance. I ended up behind two Japanese bombers."

"But, it had nothing to do with bravery or skill. You just did it," Folsom said.

Folsom said at times he was afraid. But when people say he was brave or call him a hero, he says those words don't apply to him.

His wife, Barbara, disagrees. She said, "I think they should all be called heroes."

As Sam tells stories about his combat missions, the brutalities of war are inescapable. When he went to war, Folsom said he was part of a 40-man squadron. When he got out, only 18 pilots remained.

After his three-month tour in Guadalcanal, he was transferred to Samoa. During his service, he was he was awarded the Distinguished Flying Cross and the Purple Heart for his actions in Guadalcanal.