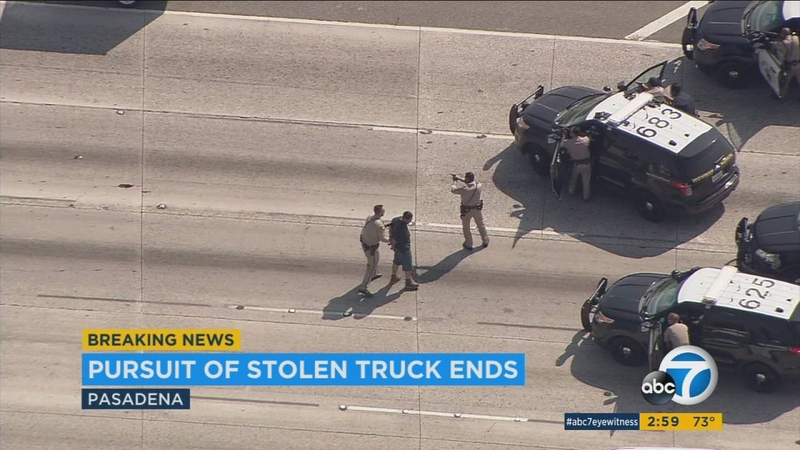 LOS ANGELES (KABC) -- A suspect driving an allegedly stolen vehicle hauling a trailer led deputies on a chase through San Bernardino and Los Angeles counties for hours on Monday before surrendering on the 210 Freeway near Arcadia.

San Bernardino County sheriff's officials said the chase originated in the Rancho Cucamonga area after the suspect failed to stop for law enforcement around 12:30 p.m.

Authorities said the car and trailer may have been stolen from the Pico Rivera area.

Sheriff's authorities said there may be two people inside the car, and one of them may be armed.

The suspect then got onto the 110 Freeway, heading into the Highland Park area and into Pasadena.

The driver then re-entered the freeway at the 210, heading toward Altadena.

The suspect pulled over on the side of the 210 near Arcadia, surrendering to authorities with his hands above his head. He and a passenger were both taken into custody without incident.

The Los Angeles County Sheriff's Department was aiding San Bernardino deputies with this situation. The California Highway Patrol took over the chase after the suspect entered El Monte.

The driver was traveling in a dark colored Ford F-150 truck with a cab hooked up to a trailer.