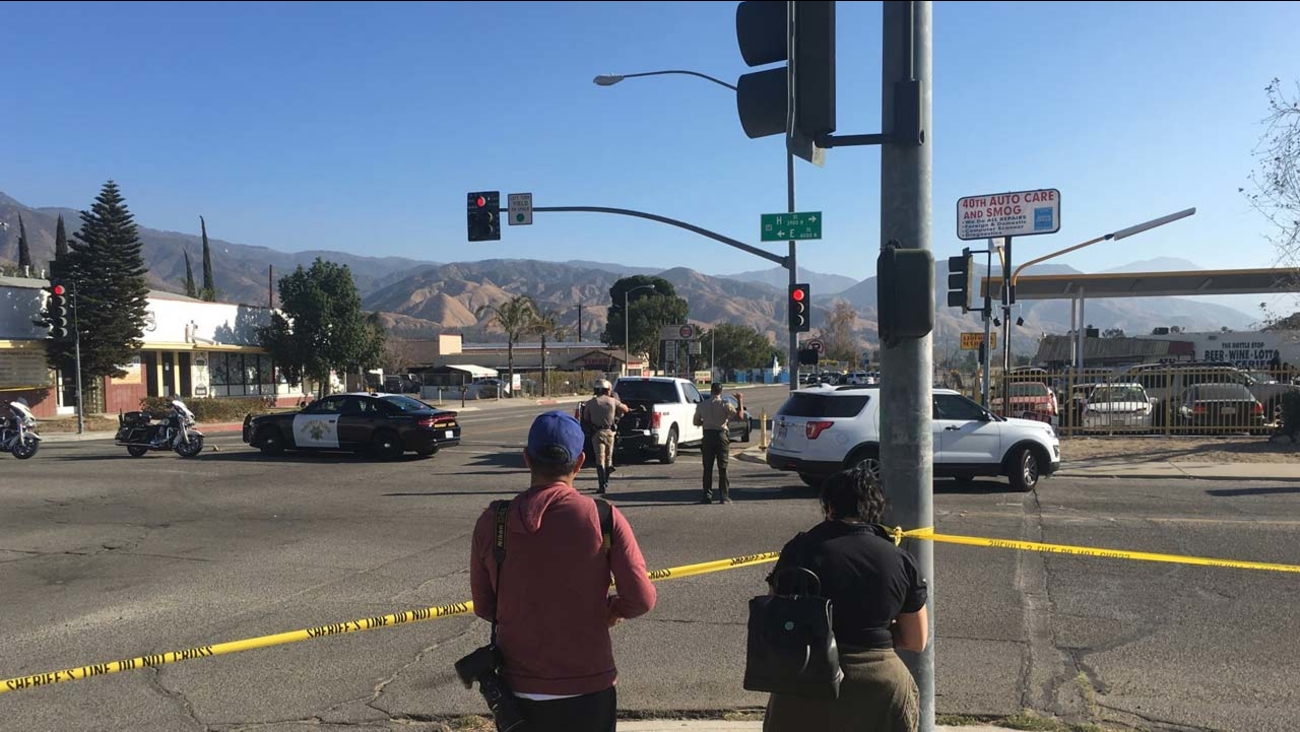 ABC7 has decided to remove the comments section from stories. We believe very strongly that our audience should have an opportunity to discuss and debate events in our world; however, we have not been able to moderate the comments as well as we would like. Instead of hosting a platform that could allow a few loud and ugly voices to dominate a conversation, we want to encourage everyone to join us on our social media platforms and speak out there.
Facebook: facebook.com/abc7
Twitter: twitter.com/abc7
Report a correction or typo
Related topics:
san bernardinosan bernardino countysafetyschool lockdowngun safetysan bernardino county sheriff's department
Copyright © 2021 KABC Television, LLC. All rights reserved.
TOP STORIES
Lancaster: Father arrested in fatal shooting of his 4 children
Search for Heidi Planck leads detectives to Castaic landfill
LA COVID vaccine mandate: Enforcement begins Monday
Former guardian of Turpin children to cooperate with investigation
Navy to help SoCal ports ease shipping congestion for holidays
Woman dropped off at West LA hospital after night out now brain dead
R&B singer Ari Lennox arrested at Amsterdam airport
Show More
First lady Jill Biden unveils White House holiday decorations
Lee Elder, 1st Black golfer to play Masters, dies at age 87
SuperLotto ticket worth $38M sold at Santa Clarita gas station
10-year-old girl rescued after getting stranded in Topanga Canyon
CA health officials watching for omicron variant of COVID
More TOP STORIES News