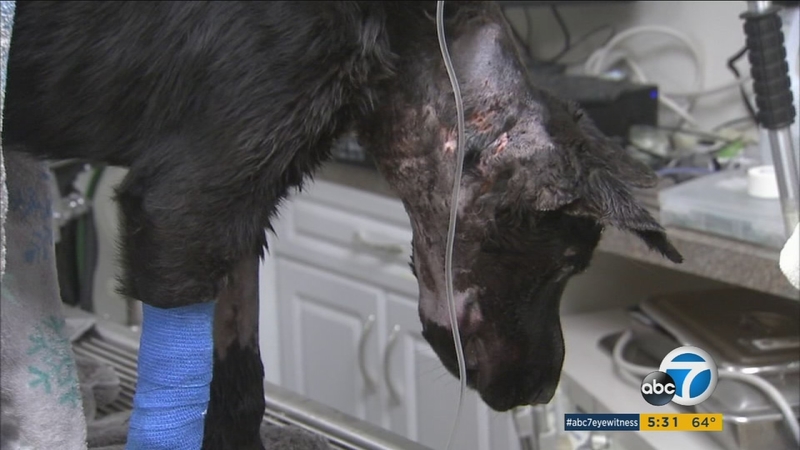 VICTORVILLE, Calif. (KABC) -- The San Bernardino County District Attorney's office has created a special unit to combat animal cruelty cases, which are on the rise in the county.

Dr. Dale Misko, a veterinarian at the Ark Animal Hospital in Victorville, treated two possible cases of animal cruelty. One is a German shepherd who was shot in the face and still has the bullet lodged in her trachea. Another dog was possibly hit with a shotgun.

Misko said both animals should be OK, but what happened to them is nothing short of disgusting.

"I wish the person that did that had the same thing done to them," he said.

The same day Eyewitness News checked out the two dogs, a call to action was made by District Attorney Michael Ramos. He announced the formation of the Animal Cruelty Prosecution Unit because the cases have become an epidemic.

"We're not going to put up with that anymore. Not in this county," Ramos said. "We have a case specifically where a pimp brutally killed an 8-week-old puppy in front of the girl that was being trafficked because she was at the wrong place. He told her, 'If you don't do what I say, you're going to be next.'"