Firefighters from multiple agencies on Friday, Nov. 4, 2016, extinguished a massive fire at a pallet yard in San Bernardino.

The dramatic blaze erupted shortly before 4 a.m. at Inland Pallets in the 1200 block of Mountain View Avenue, the San Bernardino County Fire Department said on Twitter. About 80 firefighters and 18 fire engines responded to the scene, along with a bulldozer, hazardous materials unit and hand crew, the agency said.

"This place has only been here for probably four, five months, hasn't been here that long," said one man at the scene. "I heard about four or five explosions."

The flames spread to a nearby industrial building and caused some damage.

"We did have multiple exposures surrounding the pallet yard fire, with multiple businesses threatened," a fire department captain said. "However,we went in an aggressive attack, keeping damage very minimal and out of the structure."

The fire was knocked down shortly after 6 a.m., according to fire officials. There were no reports of injuries.

The cause of the blaze was not immediately known, but it came in the aftermath of recent fires at other pallet yards in the region.

"There were some pallet fires that were determined to be arson-related, so of course investigators will be looking at that as well," another fire department spokesman said. 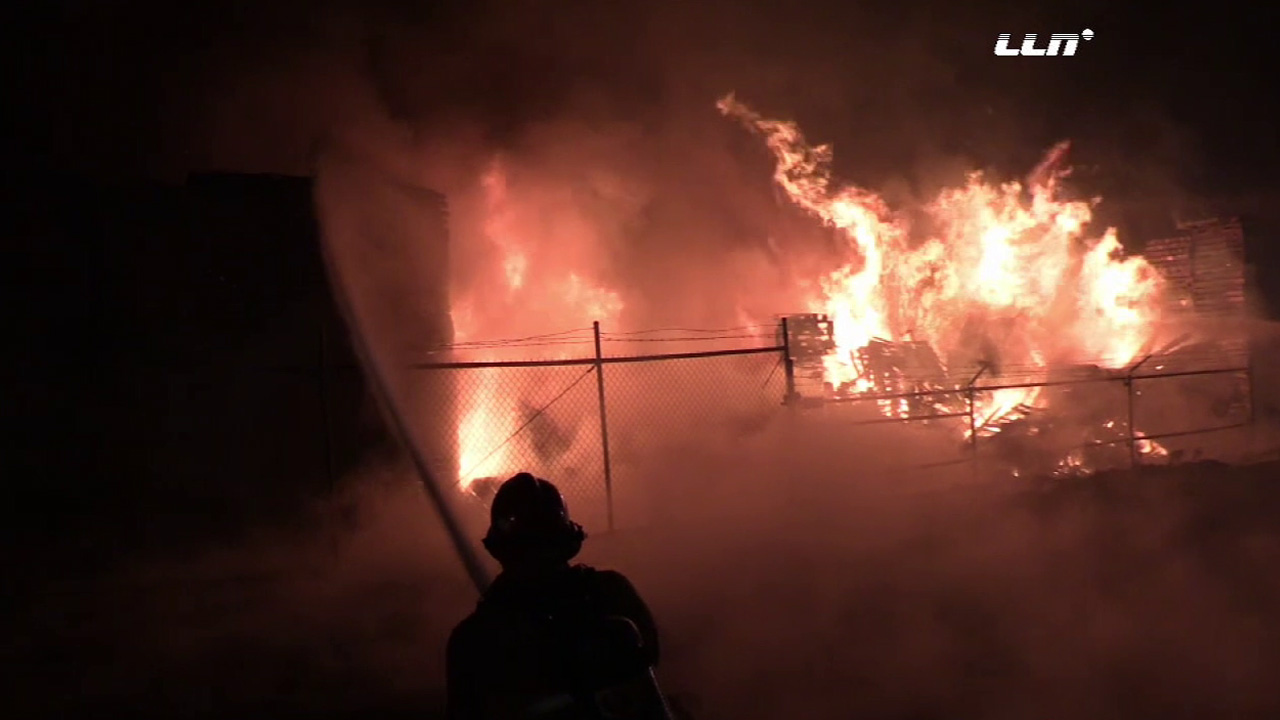