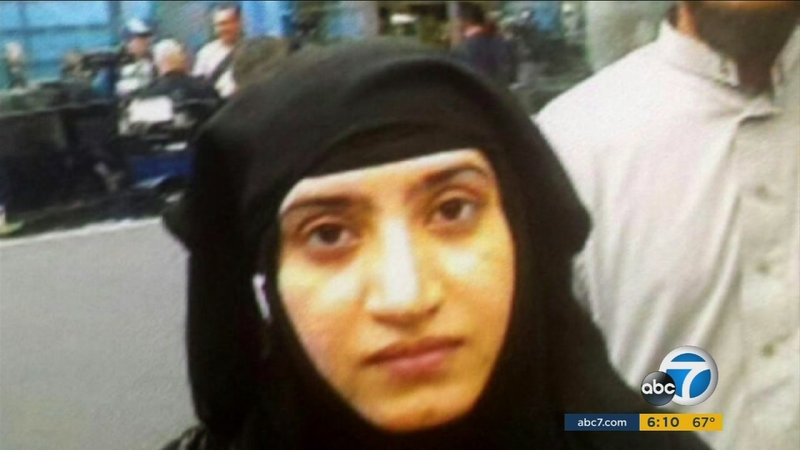 LOS ANGELES (KABC) -- More information is coming to light about the obscure fiance visa program that allowed one of the San Bernardino suspects Tashfeen Malik into the U.S.

Malik was able to get into the country by way of the K-1 visa program. It is among the smallest visa categories managed by the government.

"So they file a petition with the immigration service showing that it's a true relationship. Once the petition is approved, it goes to the U.S. embassy in the foreign country," explained Carl Shusterman, an immigration attorney.

Since Syed Farook was a U.S. citizen, he was able to file the petition. The U.S. embassy in the fiancee's country then has to begin an investigation and a background. However, some wonder if this is an easy loophole.

"When you come from a part of the world like Pakistan, where it's a bit chaotic, it's hard for people on the ground to do the kind of background checks that are necessary," said Ira Mehlman with the Federation for American Immigration Reform.

Approximately 25,000 people per year enter the country with this fiance visa. But Shusterman says the more serious issue is the visa waiver program that allows citizens of certain countries, mainly western Europe, Japan and Australia, to enter without any visa at all.

About 20 million people use the program, which is mainly for tourism, each year.

"In Paris, most of the people that were involved in shooting people were born in France and Belgium. They can come in under the visa waiver program," Shusterman said.

Malik was one of 519 Pakistanis approved to come to the U.S. to marry a U.S. citizen last year.

State Department records show that, of the more than 9.9 million visas issued in fiscal year 2014, about 36,000 were fiance visas.

On Tuesday, the House approved a bill which takes aim at the visa waiver program.

The legislation would institute changes, including the new visa requirement, for citizens of Iraq and Syria or anyone who's traveled to those countries in the previous five years.

The legislation is supported by the White House and may end up attached to a sweeping year-end spending bill now being finalized on Capitol Hill.