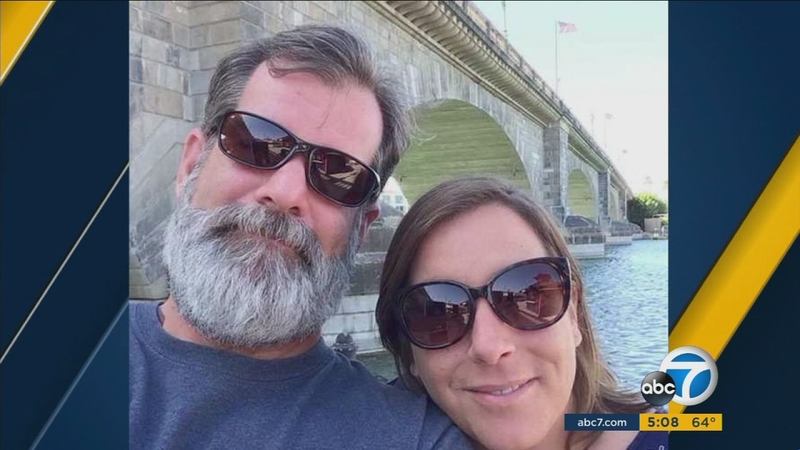 Girlfriend speaks out about boyfriend killed in San Bernardino shooting

LOS ANGELES (KABC) -- Mandy Pifer held back tears Friday as she spoke of her boyfriend Shannon Johnson, who was one of the 14 people killed in the San Bernardino mass shooting.

She said Johnson loved his job and would leave his home in Koreatown at 4:45 a.m. to take a train to his workplace in San Bernardino.

"Shannon Johnson was my best friend and he was so many other people's best friend," she said. "Shannon loved everybody. Shannon loved all animals and all people and that's just something Shannon would say..."

Johnson was an inspector at the public health department and one of his coworkers was Syed Farook, the man police said came into the holiday party armed with an assault weapon and began shooting. The FBI is now investigating the incident as a terrorist attack.

Pifer spoke about Johnson's relationship with Syed, saying the two had conversations based around religion, but that Johnson never said Syed seemed radicalized.

But Tashfeen Malik, Syed's wife, reportedly posted a pledge of allegiance to ISIS through a Facebook alias account and then later deleted it.

Pifer said she and Johnson would sometimes talk about the terrorist group.

"We would sit at home and we would just laugh at this gang of bullies high on meth with their big guns, and we would call them ISIL because it's my understanding that that annoys them and so that's why we would do it," she said.

She also took time to send a message to all the families going through a difficult time after the attack.