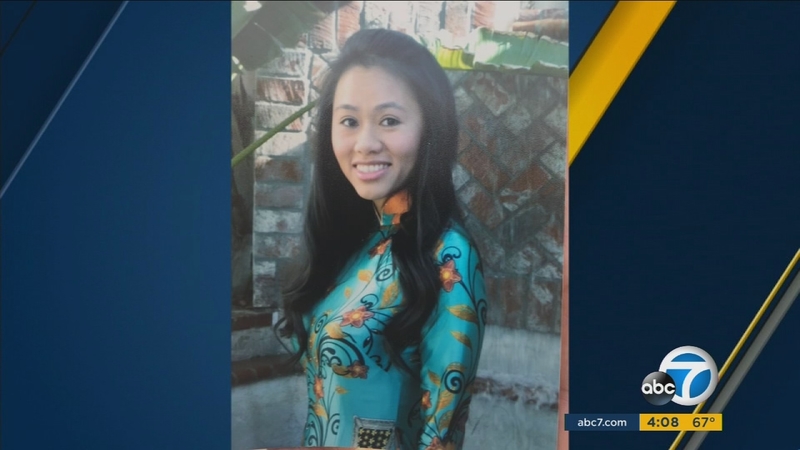 SANTA ANA, Calif. (KABC) -- Tin Nguyen never left home without saying good bye to her mother and brother, except on Wednesday when the 31-year-old needed to leave her home early for a work Christmas party.

She worked as a food inspector for the San Bernardino County Health Department since graduating from Cal State Fullerton.

He brother Trung Do said she left early to go buy donuts for everyone at the holiday party.

When her family heard reports of two suspects going into the Inland Regional Center and shooting people, it didn't click right away.

But when her mother Vanessa never heard from her daughter that day, she knew something was wrong.

When Tin didn't come home, her family went to San Bernardino on Thursday looking for her. That's when the county coroner confirmed their biggest fear, Tin was one of the 14 people killed.

"She never said no to anybody who asked her for help. She always went out of her way, and it's so hard because she's not there to do it anymore," Trung said.

The family said Tin and her long-time boyfriend were making plans to get married very soon, and that she often talked with her mother about her dress.

Now, in disbelief, the family is making plans for her funeral.