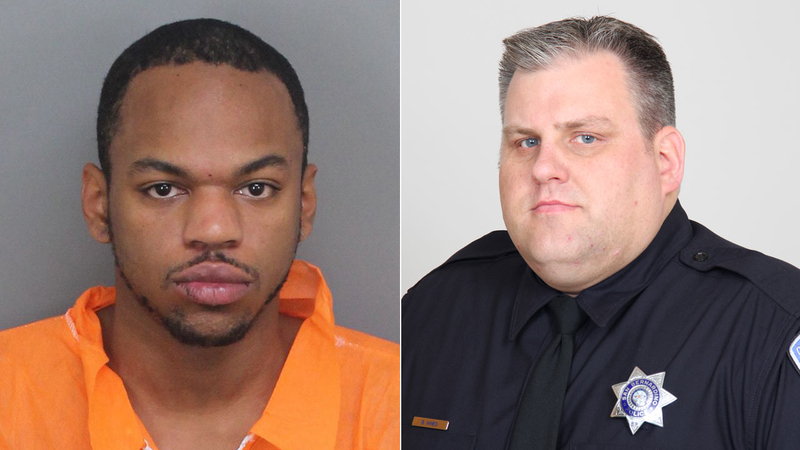 Also in court, the judge denied a request by the man's attorney to have him released on his own recognizance.

Hanes, a 12-year veteran of the San Bernardino Police Department, was killed after suffering major injuries in that collision.

Hanes was a married father of three young children. His family was not in court Tuesday. However, Green's family members did attend the arraignment and were visibly upset when the judge refused to grant a motion to release Green or lower his bail amount.

Green's attorney, Ludlow B. Creary II, told the judge that his client did not pose a threat to the community since he would not be driving, and that Green is the father of a young child, has a full-time job and has no prior criminal history.

"My client's heart goes out to Officer Hanes' family," Creary told the media following the arraignment. He added that the district attorney told him Hanes was not wearing a seat belt at the time of the crash.