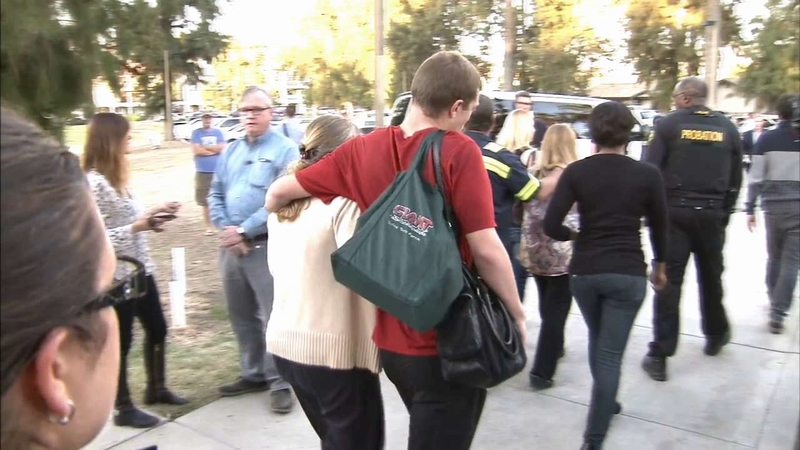 SAN BERNARDINO, Calif. (KABC) -- As the shooting unfolded, the survivors and the families were overwhelmed with chaos and fear. Some of them shared their experiences after it was all over.

"And somebody said, 'Hey, somebody is shooting firecrackers. That must be for our party," said another witness. "And then her friend fell to the floor."

MORE: San Bernardino shooting victim called family after being shot in the back

"She's seen the gunmen running outside the window and stuff and she said that she went under her desk, underneath her desk and was told to lockdown, lock the room and stuff," O'Connor said.