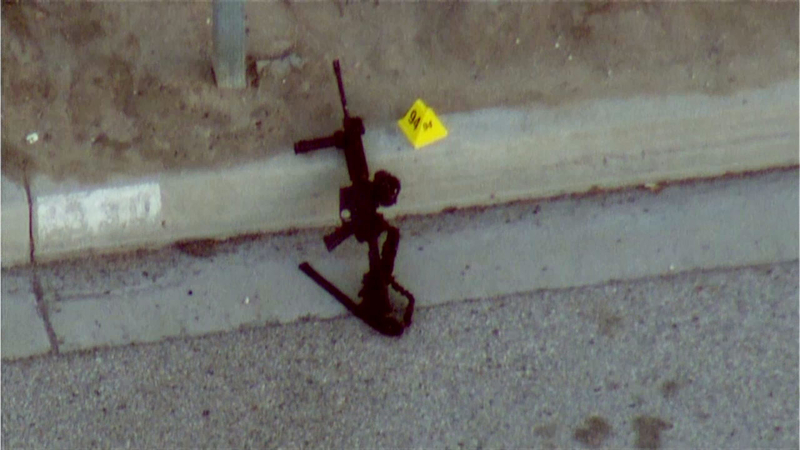 LOS ANGELES (KABC) -- In the wake of yet another mass shooting, gun control advocates have a message for politicians: Your prayers aren't enough; we need legislation now.

President Barack Obama spoke about the issue from the Oval Office Thursday morning.

"We are going to have to search ourselves as a society to make sure we can take basic steps so that it would make it harder - not impossible - but harder for individuals to get access to weapons," he said, urging some kind of action on gun control.

Gun control advocates are taking on politicians who send their "thoughts and prayers" but offer no action on the matter.

"Your 'thoughts' should be about steps to take to stop this carnage," Democratic Sen. Chris Murphy of Connecticut tweeted. "Your 'prayers' should be for forgiveness if you do nothing - again."

Your "thoughts" should be about steps to take to stop this carnage. Your "prayers" should be for forgiveness if you do nothing - again.

Murphy, who has been outspoken in pressing for gun control legislation, added at a news conference Thursday, "Members of Congress don't get elected to send out sympathy tweets."

The hashtag #thoughtsandprayers quickly was adopted by those seeking to vent frustration with the prayerful sentiments offered by those opposed to congressional action on gun legislation.

However, San Bernardino Mayor Carey Davis clarified that people are the ones who do the killing.

"Well you know, it's not the gun that kills, it's the shooter that kills," Davis said.

Among elected officials, support for gun control is divided sharply along party lines. Most Democrats favor making it harder for people to purchase firearms while most Republicans oppose the idea.

On Thursday, the Senate voted against expanding background checks for gun purchases. The 50-47 vote underscored that political gridlock over curbing firearms remains formidable in Washington.

The proposal would require background checks for all gun purchases online and at gun shows. Currently, the checks are only required for transactions from licensed gun dealers. It's the same measure the Senate rejected in the months after the December 2012 slayings of 20 children and six educators in Newtown, Connecticut.

But in the general public there is greater support behind gun control. A poll found that 88 percent of Americans favor background checks on all potential gun buyers.

I refuse to accept this as normal. We must take action to stop gun violence now. -H https://t.co/SkKglwQycb

Officials say the guns used by the suspects on Wednesday were purchased legally.

During the 2014 election cycle, the NRA and its affiliates spent more than $35 million on campaign contributions, lobbying expenditures and so-called issue ads supporting or opposing candidates, according to an analysis by the nonpartisan Center for Responsive Politics.

NRA spokeswoman Jennifer Baker said Thursday the group had not issued any statement about the San Bernardino shootings. But she pointed out in an email that California has one of the nation's strongest gun control laws, including background checks on all firearms sales and strict limitation on licenses to carry concealed weapons.