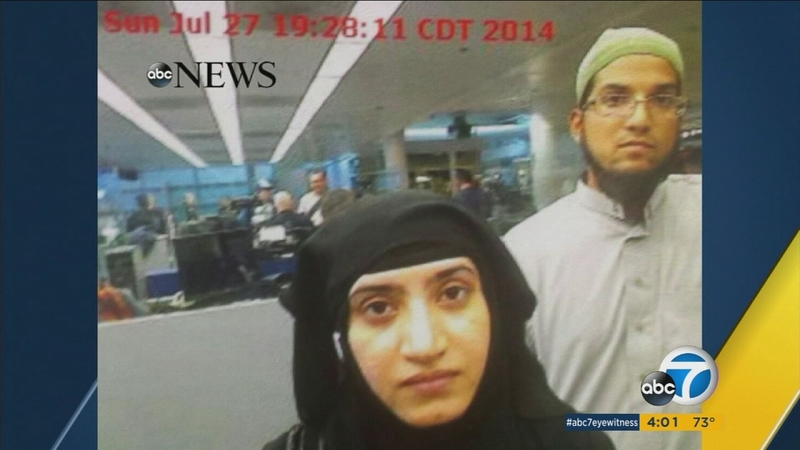 SAN BERNARDINO, Calif. (KABC) -- Both of the San Bernardino shooting suspects had been radicalized for quite some time, though the details of how and when remain unclear, the FBI said Monday.

The FBI released this information about Tashfeen Malik and Syed Rizwan Farook during a noon press conference, in which they outlined the latest details of their investigation into last week's mass shooting.

According to David Bowdich, assistant director of the FBI's Los Angeles office, the two suspects took part in target practice at local gun ranges leading up to the massacre, which killed 14 people and injured 21 others.

Bowdich also said investigators found 19 pipes in the couple's home in Redlands that could be turned into bombs with all the right components.

Also at the news conference was an official with the Bureau of Alcohol, Tobacco, Firearms and Explosives, who said all the guns linked to the incident were purchased between 2007 and 2012 at California retailers with federal firearms licenses.

The ATF official confirmed that Farook's former neighbor Enrique Marquez had purchased two assault rifles, which were used in the attack. What remains unknown is how those rifles changed hands.

Meantime, a photo obtained exclusively by ABC News shows the two suspects entering the U.S. The image was apparently taken as the couple moved through customs at Chicago's O'Hare International Airport on July 27, 2014.

The photo shows Malik clad in all black looking directly into the camera as the taller Farook stands behind her, black bearded with a blank expression.

Over the weekend in Pakistan, intelligence officials raided the home of Malik's father. Monday, the front door of that home was chained closed and padlocked.

Back in the Inland Empire, Farook's father spoke out for the first time. According to an official with direct knowledge of the case, Farook's father has been placed on a federal terrorist watch list and has spent extensive time in Pakistan.

Speaking from his home in Corona, he said for the past three to four years, his son had been following a stricter interpretation of Islam, even before he met his wife.

A former senior counter-terrorism official said that family members of identified terrorists are often added to the Terrorist Identifier Datamart Environment (TIDE) as a precaution during the course of an investigation.

An official close to the investigation told ABC News that the elder Farook came to the U.S. in 1972 and became a naturalized U.S. citizen in 1999.

Farook's father reportedly spoke to an Italian newspaper over the weekend and said that his son was fascinated by ISIS and hated Israel. Other members of Farook's family downplayed his purported comments, telling ABC News he is "not stable" and "not handling this well."

Also over the weekend, authorities raided Marquez' home in Riverside .

The FBI says Marquez is not a suspect at this point in the investigation, but agents did question him on Monday. He was not available for questioning earlier because he checked himself into a mental hospital after the attack, a law enforcement official told The Associated Press. When asked about Marquez at Monday's news conference, Bowdich said he was not prepared to comment about Marquez at this time.

Officials confiscated a number of items from Marquez's home, including Christmas lights, a potential component for explosives, as described in an al Qaeda magazine.

Meantime, Syed Rizwan Farook's sister was at juvenile dependency court Monday morning, where she is trying to get custody of her brother and Malik's 6-month-old child. She was accompanied by a friend, but neither provided comments to reporters.

Still unknown - who in the killer couple inspired who? According to ABC News, investigators are increasingly leaning toward Malik as the plot's "mastermind." Friday, U.S. officials said Malik, using an alias, had published a pledge of allegiance to ISIS leader Abu Bakr al-Baghdadi on Facebook right around the time of the attack last Wednesday.