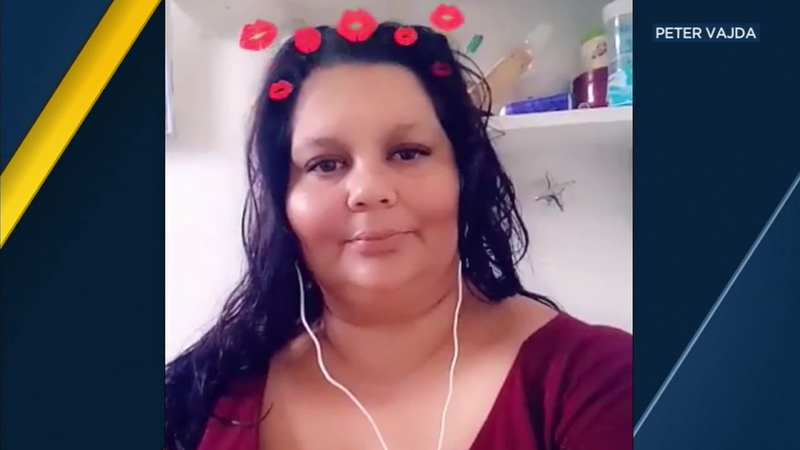 SAN BERNARDINO, Calif. (KABC) -- A San Bernardino family was destroyed by violence when Valerie Vajda was allegedly shot and killed by her ex-boyfriend. Now, her six children are alone.

Her son, Angelo Vajda, said "We had plans for the future for our mother to see us grow up and we're going to help her and, you know etc., stuff like that. But, you know, now those plans are done."

Vajda's brother Peter Vajda spent four days on a bus to get to Southern California from New York City to take care of the children and to deal with the loss of his sister.

Back on August 24, Vajda and two other women were shot and killed at a home on Wabash Street in San Bernardino. Police say the suspect is Vajda's ex-boyfriend Nimeone King.

Vajda's brother said she was getting ready to move to Florida with her new boyfriend and her former boyfriend knew about it.

"I think he was jealous because she wanted to start a new life with her current boyfriend in with her kids and move to Florida," Peter said.

Now they all sit in a tiny hotel San Bernardino. Peter says they need help. He doesn't have the money to deal with a funeral and all the bills.

"Since I've been here I've been buying food and paying for the rooms and I don't have that kind of money, I really don't," said Peter.