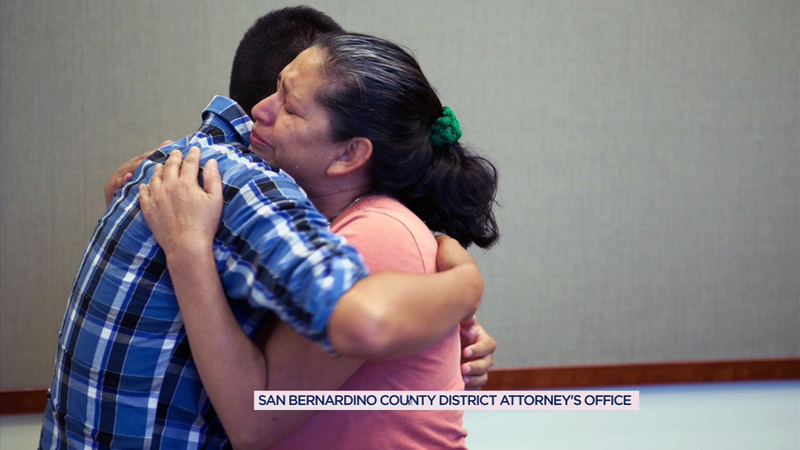 SAN BERNARDINO, Calif. (KABC) -- A mother never gave up hope that she would be reunited with her child who was kidnapped 21 years ago. And on Thursday, that dream came true.

Steve Hernandez was just 18-months-old when his father kidnapped and took him to Mexico.

The now 22-year-old law student was reunited with his mother, Maria Mancia, who last saw him as a toddler.

The emotional reunion was captured as the mother and son walked arm-in-arm as she introduced him to his younger siblings.

"Now this anguish I've carried is gone now that I have my son back. I spent 21 years looking for him not knowing anything," Mancia said.

Mancia said she always kept one picture of Hernandez with her, and said it was the only one she had left.

The mother said she returned home in 1995 and discovered Hernandez's father had left with all the photos of their son and identifying paperwork.

Mancia went to the police, but the case eventually went cold. Then in 2012, it landed in the hands of the San Bernardino County District Attorney's Child Abduction Unit.

A tip investigators received in February led to Hernandez, who was now living in Puebla, Mexico.

Two weeks ago, investigators broke the news to Mancia and Hernandez.

Hernandez said his father disappeared and was presumed dead. Hernandez's father told him very little about his mother.

"I lived all these years without my mother, then to find out she's alive in another country, it was emotional," Hernandez said.