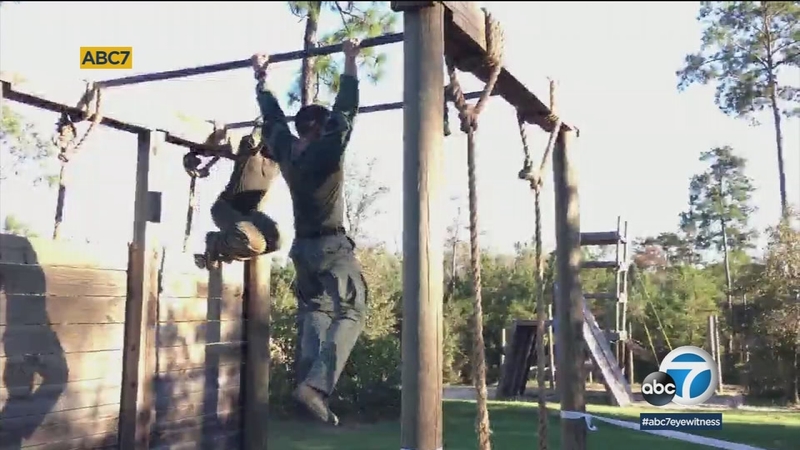 Ironically, the team was training for an active-shooter situation on Dec. 2, 2015, when two shooters stormed into the Inland Regional Center in San Bernardino and opened fire.

"Definitely one of the most tragic days in my career," said Detective Paul Spriggs, one of the snipers on the SWAT team.

Spriggs and his partner Officer Jason Stack, along with everyone else on the team, stopped their drill, and rushed to the IRC.

"The SWAT was in there in 15 minutes," said Sgt. Francisco Hernandez, one of the leaders of the team. "(It's) a remarkable response for any SWAT team."

Fourteen people were killed by the shooters; another 22 people were wounded. But law enforcement was largely praised for the quick response.

"You have to be ready all the time," said Hernandez.

The SWAT team regularly takes part in competitions, like the AARTAC competition at the Prado Olympic shooting park in Chino.

There were four events in all: a combat course, a tactical carbine course, a handgun course, and a relay race. Thirty-nine teams from across the state took part, and the San Bernardino police SWAT team came in third place.

Their reward was the use of a specialized robot for an entire year.

"This robot has a lot more capabilities," said Hernandez. "It climbs stairs, it flips over to fix itself."

But Spriggs and Stack weren't finished after that competition. They were accepted at the International Sniper Competition at Fort Benning, Georgia.

Awesome. But arduous. They went up against 30 other teams; some of them from the U.S. Army and the U.S. Marine Corps.

One of the contests involved something called "stalking." It required crawling through the woods for nearly a mile, undetected, and hitting a target no more than 20 inches wide.

"We don't typically train for that in law enforcement," said Spriggs. "In law enforcement, especially in a city like San Bernardino, we knock on someone's door, ask if we can come inside, and take over a room so we can see across the street. We had an understanding that you have to get from point A to point B without being seen and that's about it."

In fact, while many military teams spend several hours making their specialized camouflage outfits, known as ghillie suits, Spriggs and Stack ordered their suits on Amazon.

"I opened mine up the first time 20 minutes before we're supposed to start stalking," laughed Spriggs. "We're trying to figure things out."

"I think we both had a sigh of relief," said Stack. "Did we just do this? Yeah, we just did this!"

Now, they're back in San Bernardino, with their colleagues on the SWAT team. Training again, for the next time they're called into action. Whenever that may be.