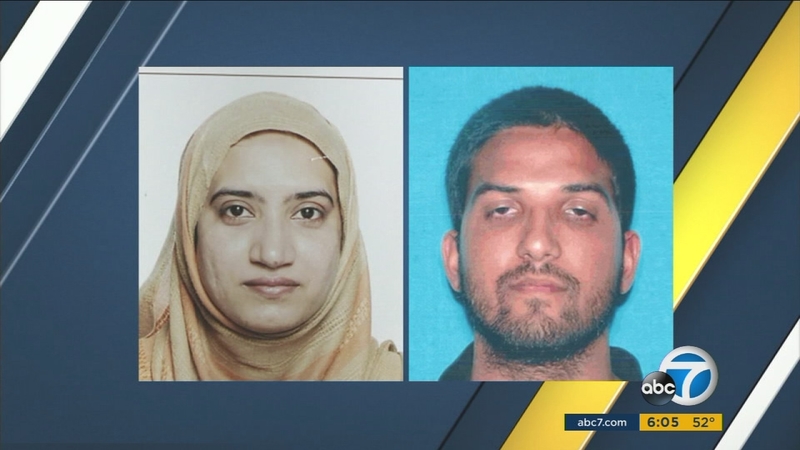 San Bernardino mourns, Obama to hit ISIS 'harder than ever'

SAN BERNARDINO, Calif. (KABC) -- As authorities continue to investigate what specific ties Syed Farook and Tashfeen Malik may have had to terrorist groups, President Barack Obama updated the nation on the war against ISIS.

"We're hitting ISIL harder than ever," he said. "Coalition aircraft, our fighters, bombers and drones, have been increasing the pace of airstrikes, nearly 9,000 as of today."

The president said more bombs were dropped against ISIS this November, than any other month since the start of the war.

"So far, ISIL has lost about 40 percent of the populated areas it once controlled in Iraq, and it will lose more," he added.

As the memorial for the victims of the terror massacre continues to grow, San Bernardino is still very much a community in the grieving process.

"San Bernardino is our home, you know it's our backyard right here," said one resident.

"It's really sad, and it's scary to think how close it is too, it really did hit home."

At the same time, family members continue to say goodbye to loved ones. A memorial service was held for Bennetta Bet-badal of Rialto.

"Although there are many pages of life left unwritten, there are many happy moments and tender stories etched with her name in our hearts," said Domarina Awdow, Bet-badal's cousin.

Meanwhile, the FBI continues to piece together where the suspects went after the shooting after authorities told ABC News a three-day search of a lake near the massacre yielded no meaningful evidence.

Jennifer Calderon, a store manager from a gas station at Waterman Avenue and 3rd Street, said she gave surveillance video to the authorities.

"The original report was that they were seen going north on waterman, so they're probably going around to all these spots, so they can pinpoint where they were at," she said.