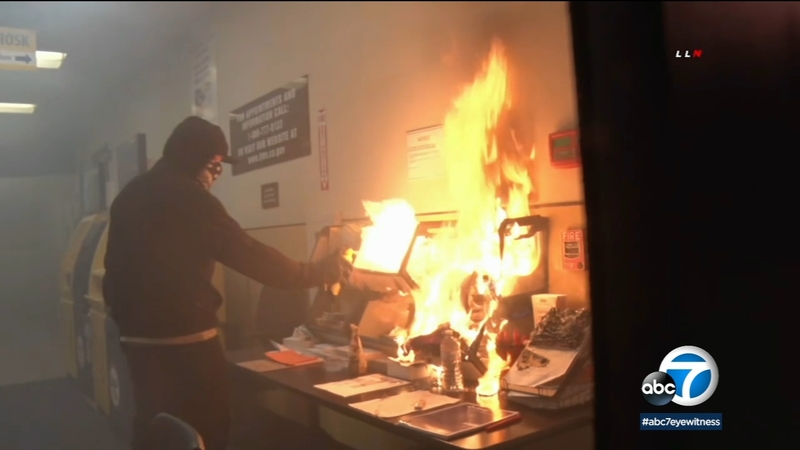 SAN BERNARDINO, Calif. (KABC) -- A man was caught on camera lighting a San Bernardino DMV office on fire as other areas of the city saw looting Sunday night.

Footage taken at the scene shows the man setting fire to what looks like kiosks and signs inside the building.

A request for additional details on the incident from county authorities has not been returned but the California Highway Patrol said that a dumpster fire was started behind the DMV building. The agency could not address or speak to any damage inside of the building.

San Bernardino became the latest city on Sunday to see looting and vandalism as protests developed into violence over the weekend. Looters were seen breaking into stores at a strip mall and a dumpster fire could be seen burning with no firefighters in sight as people roamed the area.

Looters were seen breaking into stores at a strip mall in San Bernardino on Sunday as protests and violence continued throughout Southern California.

Protests in the area, however, started peaceful. A large group marched down Second Street while chanting "no justice, no peace."