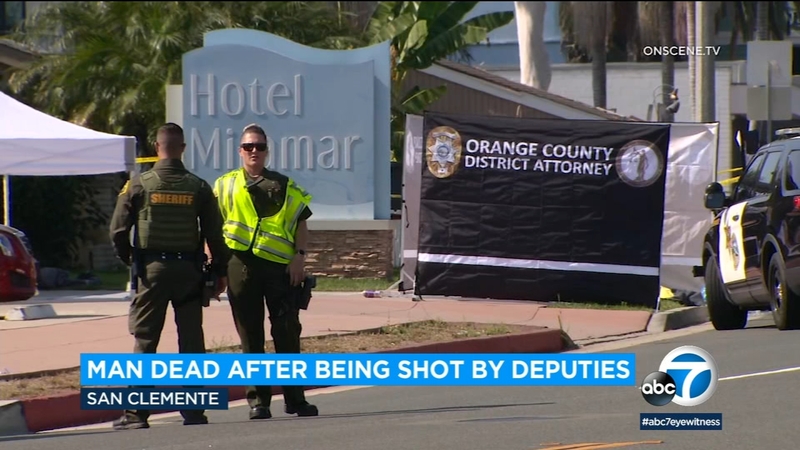 SAN CLEMENTE, Calif. (KABC) -- A man was shot and killed during a struggle with Orange County Sheriff's Department deputies outside a hotel in San Clemente Wednesday afternoon, authorities said.

According to a press release from the department, the shooting took place shortly after 1 p.m. when two deputies from a homeless outreach team tried to contact the man outside the Hotel Miramar in the area of El Camino Real between Avenida Cornelia and Avenida Ramona.

A struggle then ensued, according to the release, which also states that surveillance video at the scene shows the man reaching for one deputy's weapon. The man was then shot.